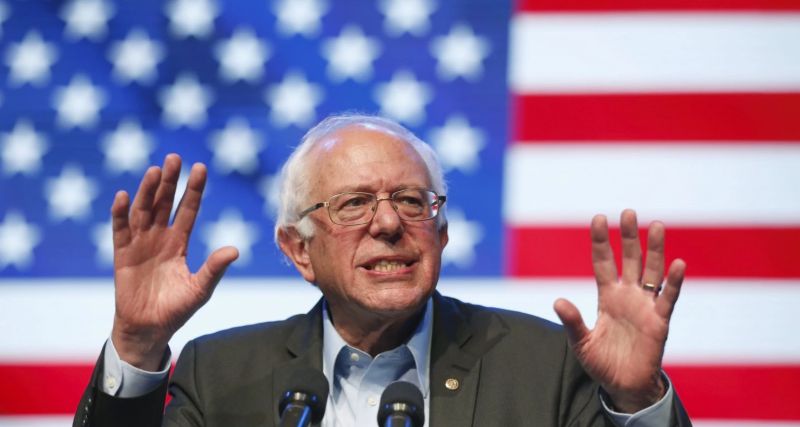 I’m Not a Bandwagon Millennial

The Huffington Post recently published an article by a Millennial named Jocelyn Quinn; a tenth grader who isn’t even old enough to vote. They even followed up with a video segment of her on why Millennials feel the Bern. But I can tell you something; not every Millennial feels the Bern, nor do they like ‘democratic socialism.’

The blanket generalizations make my head spin. Bernie Sanders may have a lot of youth support (so did Barrack Obama) but he isn’t the choice of every single Millennial. The Huffington Post article makes it seem as if every single person under the age of thirty feels the Bern. I’ve always said this: if you feel the Bern, go see a doctor and read an economics book.

There’s a whole list of reasons on why I don’t feel the Bern.

He’s a socialist who wants to expand the government’s role in our lives. A lot of people on the left call him the next FDR. Now, I don’t know about you, but I don’t want to see another FDR (who grossly expanded the size and scope of government and interned over 100,000 people) nor do I want government increasing its already disproportionate role in our everyday lives.

There is a lot of focus on income inequality and it is true that the gap between the rich and the poor is growing. First, it is important to note that this is not a fair gauge of economic health. But even if we take it at face value, what liberals aren’t telling you is that income inequality has gotten worse under President Obama. The same people who champion Bernie praise President Obama; but why do we need Bernie if Obama already saved the economy?

As a Millennial, I’m not sad to see President Obama go; more people are on welfare, the labor participation rate is at its lowest since the seventies, and more people are in poverty. But any failues have occurred during a Democratic administration, so they are glossed over like Dion warning you about Sue in ‘Runaround Sue’. Yeah, I like oldies, and I’m not a hippie. Unlike you Miss Quinn.

I think most people are glad to see  President Obama go. I am sad that the current crop of candidates we have in both parties is pretty crappy, so we’ll just get more of the same. But I’m not going to vote for the guy who makes President Obama look like a hardcore conservative.

Here’s a little something Ms. Quinn and those who love Bernie Sanders to consider: I’ m not a fan of Wall Street political contributions. But neither am I a fan of union contributions. It’s remarkably idiotic to talk about money in politics when you’re just going to gloss over the fact that unions contribute billions of dollars to campaigns, or the fact that billionaires also contribute to Democratic causes. But if you listen to Bernie, the Koch Brothers and Super PACs are evil; unless, of course, they happen to be your Super PAC.

Ms. Quinn also brings up Twitter. I love Bernie’s Twitter, but I don’t think it’s for the same reason she does. We’ve made fun of Bernie’s Twitter here at TLR. His economic illiteracy is on full display. From nonsense about student loans to global warming; his idiocy is hard to miss.

Another victim of Bernie Sanders’ is economics. Besides glossing over the fact that only 3% of workers are on minimum wage, raising it to $10 an hour would cost 500,000 jobs, according to the CBO.  Also note that government loans are what made college so expensive in the first place, yet Bernie thinks more government can fix the problem, ignoring the real reasons why college tuition is going up.

Hillary Welcomes Refugees, Her Husband Gave Them A One-Way Ticket To Gitmo