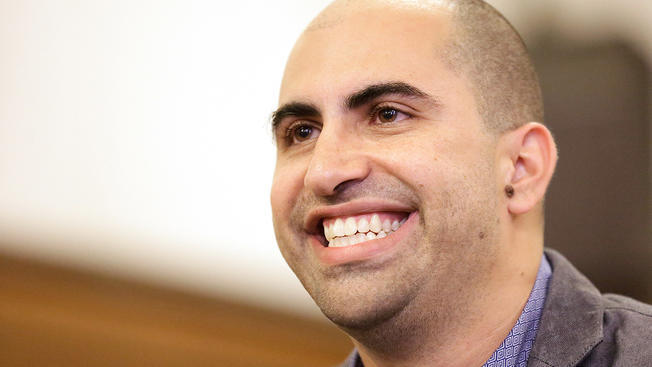 The University of Illinois at Urbana-Champagne agreed to pay a professor $875,000 in a settlement Thursday to compensate him for revoking a job offer when his violently anti-Israel tweets were publicized.

Last year, Steven Salaita was offered a job by UIUC to be a professor in Native American studies. Salaita accepted the position and resigned his job at Virginia Tech to take it. But in July, 2014, Israel’s incursion into Gaza caused Salaita to make hundreds of posts on Twitter, many of them extremely hostile towards Israel and bordering on anti-Semitic:

The tweets sparked an uproar, and in August UIUC’s board of trustees voted against finalizing Salaita’s hire, leaving him unemployed. He then accepted a position with the American University of Beiruit in Lebanon in July, 2015.

Salaita’s treatment sparked a huge legal and ethical feud, with Salaita’s defenders claiming that pro-Israel UIUC donors pressured the school to revoke his offer. Many academics viewed the situation as an attack on Salaita’s academic freedom. Hundreds of them vowed to boycott UIUC conferences, and the American Association of University Professors took the exceptional step of officially censuring UIUC’s conduct.

UIUC’s then-chancellor Phyllis Wise, on the other hand, said the issue was not Salaita’s personal views, but rather the tone in which he expressed them, which raised questions about his ability to be tolerant in the classroom.

In early 2015, Salaita sued the school for breach of contract, claiming he should have been protected by tenure from being fired. Officially, Salaita hadn’t been hired yet, as his hiring had to be approved by the board of trustees, but Salaita argued this approval was ordinarily a formality and that the school had already been treating him as a full employee.

Now, after about a year of legal maneuvering, the school has decided to settle Salaita’s claims. For his trouble, he will receive $600,000 (representing over 7 years of what his salary would have been), plus $275,000 in legal fees. The payout adds to more than $1.3 million the university has already spent on legal fees stemming from the Salaita case.

UIUC interim chancellor Barbara Wilson argued the payout is in the school’s best interests, since it could have ended up paying millions if the case had gone to trial. Salaita’s attorneys told The Chicago Tribune Salaita agreed to the settlement out of a desire to move on with his life.

“This settlement is a vindication for me, but more importantly, it is a victory for academic freedom and the First Amendment,” Salaita said in a Facebook statement Thursday.