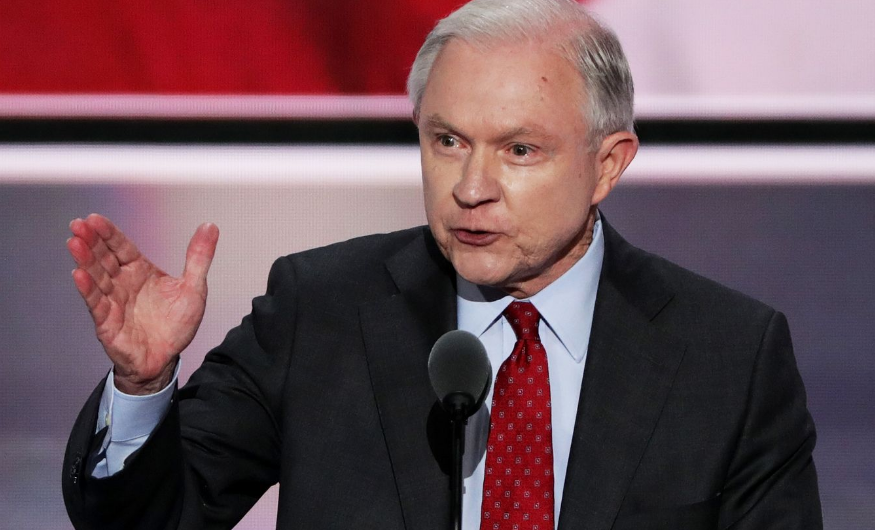 “When you are caught, you will be detained, adjudicated and deported,” Sessions said at a stop in El Paso, Texas with Homeland Security Secretary John Kelly.

“Do not come unlawfully,” he added. “Wait your turn.”

Sessions and Kelly were in El Paso on a tour of the southern border, which included taking a closer look at border enforcement operations and visiting an immigration court. Sessions called El Paso the the “front lines” and “ground zero” in the fight against illegal immigration, transnational gangs and drug trafficking, Fox News reported.

The attorney general has emerged as the Trump administration’s most strident supporter of stricter enforcement of immigration laws, including deportations of anyone unlawfully present in the U.S.

Sessions issued a directive to the Department of Justice in March that expanded Institutional Hearing Program, a system aimed at expediting the removal of criminal aliens who are inmates in federal prisons. He has also publicly backed President Donald Trump’s executive order expanding the categories of illegal immigrants that could be targeted for deportation. (RELATED: Sessions Moves To Quickly Deport Imprisoned Immigrants)

During the El Paso visit, Sessions reaffirmed his commitment to dedicating more Justice Department resources to illegal immigration cases. He said DOJ will hire 50 immigration judges this year and 75 in 2018 to help reduce the backlog of cases that often take years to wind through the system.

Sessions has also assigned a border security coordinator to each U.S. attorney’s office to oversee the prosecution of immigration crimes, which are now a higher priority for DOJ lawyers. In a memo issued Tuesday to U.S. attorneys nationwide, Sessions instructed prosecutors to prioritize cases against illegal aliens who have re-entered the U.S. after prior deportation, which is a federal felony.

Sessions said the misdemeanor crime of unlawful entry will now be prosecuted as a felony if a suspect attempts to enter the U.S. a second time and aggravating circumstances such as gang ties are present.