[dropcap size=small]N[/dropcap]early 40 years ago, Chile was experiencing one of the most severe crises in its history. Two years removed from a military coup that overthrew the Marxist government of Salvador Allende, Chile was still in economic dire straits. When the military government of Augusto Pinochet assumed power in 1973, it inherited an economy that was experiencing a hyperinflationary rate of 600% and severe contractions throughout all industries.

The economic situation did not get any better within 2 years of Pinochet’s regime — unemployment rose to about 20%, inflation was still very high, and many sectors of the economy remained in state hands. This situation was all too familiar in Latin America; a region that has seen authoritarian regimes impede economic and political growth since time immemorial.

Luckily for Chile, it was able to break this vicious cycle of misery. All thanks to the ideas of one man, one of the greatest economists and libertarians of the 20th century, Milton Friedman. The reforms that he prescribed for Chile during his visit in 1975 set the basis for one of the greatest economic miracles of the 20th century. To this day, Chile is the most economically developed and political stable country in Latin America.

To understand how Chile’s economic success was brought about, one must first understand the economic philosophy that inspired these reforms.

Under the tutelage of Arnold Harberger, a colleague of Milton Friedman, this program helped give these students an in-depth understanding of basic economic principles and how free markets function. With time, these students would bring back these free market ideas to Chile, at a time when they were needed most. Thus, the famous Chicago Boys were born.

Little did these students know that they would be a part of an ambitious project that forever changed Chile’s history. 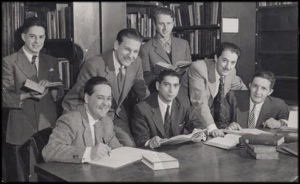 Like most radical political changes, it took time for these free market ideas to take root. For many years, government officials, media heads, and other intellectuals ignored the ideas that the Chicago Boys put forward in interviews and countless opinion columns.

It wasn’t until the election of Salvador Allende in 1970 that the Chicago Boys’ services would be desperately needed. The election of Salvador Allende led to a string of economic reforms that destroyed Chile’s economy, leaving Chileans without access to even the most basic of goods. These disastrous results were no mere coincidences. They were the logical consequences of a government that implemented socialist measures in nearly all sectors of the Chilean economy.

The recipe behind this economic disaster featured wide scale expropriations of private firms, price controls in nearly every sector of the economy, and the devaluation of the national currency through loose central banking policies.

The Allende government’s abuse of power in the economic, political, and private sphere was just too much. On the verge of a total economic collapse and a potential civil war, the military had no to choice but to intervene and depose the Allende government in 1973.

Luckily, one man was up to task of saving Chile from its economic nightmare.

From the start, Friedman noticed that Pinochet was not savvy in economic matters. After meeting with Pinochet, Friedman wrote him a letter recommending a series of policy prescriptions that Chile should follow for it to get its economy back on track.

Friedman did not beat around the bush in his letter to Pinochet. For Chile to get out of its crisis, Friedman believed that it must pursue free market policies —privatization of state-owned enterprises, removal of barriers to foreign investment, and opening up to free trade.

Pinochet yielded for the most part and let the Chicago School disciples do their work. In April 1975, El Plan de Recuperación Económica (The Economic Recovery Plan) was put in place. Soon Chile curbed its inflation, opened up its markets, privatized state-owned industries, and let the private sector correct itself. By the 1980s, Chile was experiencing the largest economic boom in its history.

From 1810 to 1983, Chile experienced a measly 0.9% per capita GDP growth rate. Thanks to the free-market reforms, Chile experienced a sustained growth rate of 4.3% from 1983 and onwards. Even under the administration of numerous Center-Left governments during the 90s up until 2010, the foundation of Chile’s free market system was left relatively untouched.

The proof is in the pudding:

As a principled libertarian, Friedman was opposed to the Pinochet’s repressive political measures. Friedman understood that economic and political freedom are inextricably linked. One of the greatest legacies that Friedman left behind in Chile was the powerful tandem of economic freedom and strong institutions of liberty.

The principles expounded upon in Friedman’s book Capitalism and Freedom inspired José Piñera Echenique, one of the most notable free market reformers in Chile during this period, to take action and join the Chicago Boys in changing Chile’s destiny.

Piñera, a graduate from Harvard University (unlike the rest of his colleagues), was the most principled of the economic reformers. Like Friedman, he understood the connection between economic and political freedom, leading him to help draft the Chilean Constitution of 1980. Latin America’s most classically liberal constitution to date, it set the timeline for Chile’s return to democracy in 1990 and set the foundation for Latin America’s most politically stable democracy.

In addition, Piñera was the architect of Chile’s private social security system that turned millions of workers into capitalists. This model has been exported dozens of countries abroad and has served as a pragmatic alternative to traditional state-run models of social security.

In the grand scheme of things, the “Chilean Miracle” represented the first major triumph against Communism during the Cold War. The liberal revolution in Chile subsequently inspired the Thatcher Revolution of 1979 and the Reagan Revolution of 1980. Free market ideas became the order of the day in the 1980s. The power of these very ideas was too much for even the Soviet Union to handle, resulting in its collapse in 1991.

One classical liberal revolution in a small Latin American country effectively laid the groundwork for the liberation of hundreds of millions of people across the globe. All thanks to the ideas of Milton Friedman.

There are no perfect models or countries. However, there is no doubt that Friedman’s ideas helped Chile avoid becoming another Banana Republic. Chile is a beacon of hope for Latin America, a region that has been plagued by all sorts of authoritarian governments throughout its history. The rest of the world can also look to Chile for hope, as it is ranked among the freest economies in the entire globe.

Never underestimate the power of an idea whose time has come.

May you continue to rest in peace, Milton Friedman.