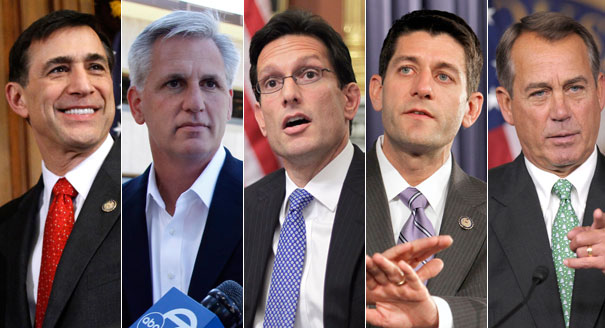 Republican lawmakers in the House are working to prevent federal employees from misusing “official time” to work on union activities.

Citing a report by the Government Accountability Office showing the Department of Veterans Affairs used one-third of its working hours between 2008 to 2012 on union business, House Oversight and Government Reform Subcommittee on Government Operations Chairman said the statistics show roughly 345 working essentially full-time on union issues despite being prohibited from conducting union-specific business.

“Official time certainly is of benefit, but when it’s used in excess, it becomes abusive,” he said. “Today is a somber moment. We have a responsibility to serve our veterans. Any abuse of the system will be looked at in a finite way, and we will correct it.”

The GAO report, which used information collected from the Office of Personnel Management, noted the VA failed to accurately track how official time was being used.

“With the VA taking up one-third of the official time for the entire federal government, it’s important that it employs accurate methods to calculate and records to show how much time we’re spending on those union activities,” Meadows  continued.

Rep. Gerald E. Connolly of Virginia argued limiting use of official time could  place a disadvantage on whistleblowers looking to report things like poor VA conditions.

“I am certain that my colleagues do not intend to disadvantage whistleblowers, but the effect of their concerted attacks on unions and civil service protections would be to strip whistleblowers of their advocates in the workplace — their union,” Connolly said.

Could Trump Take California To Court To Save A Navajo Coal Plant?

California National Party: The Political Party Whose Goal is Independence