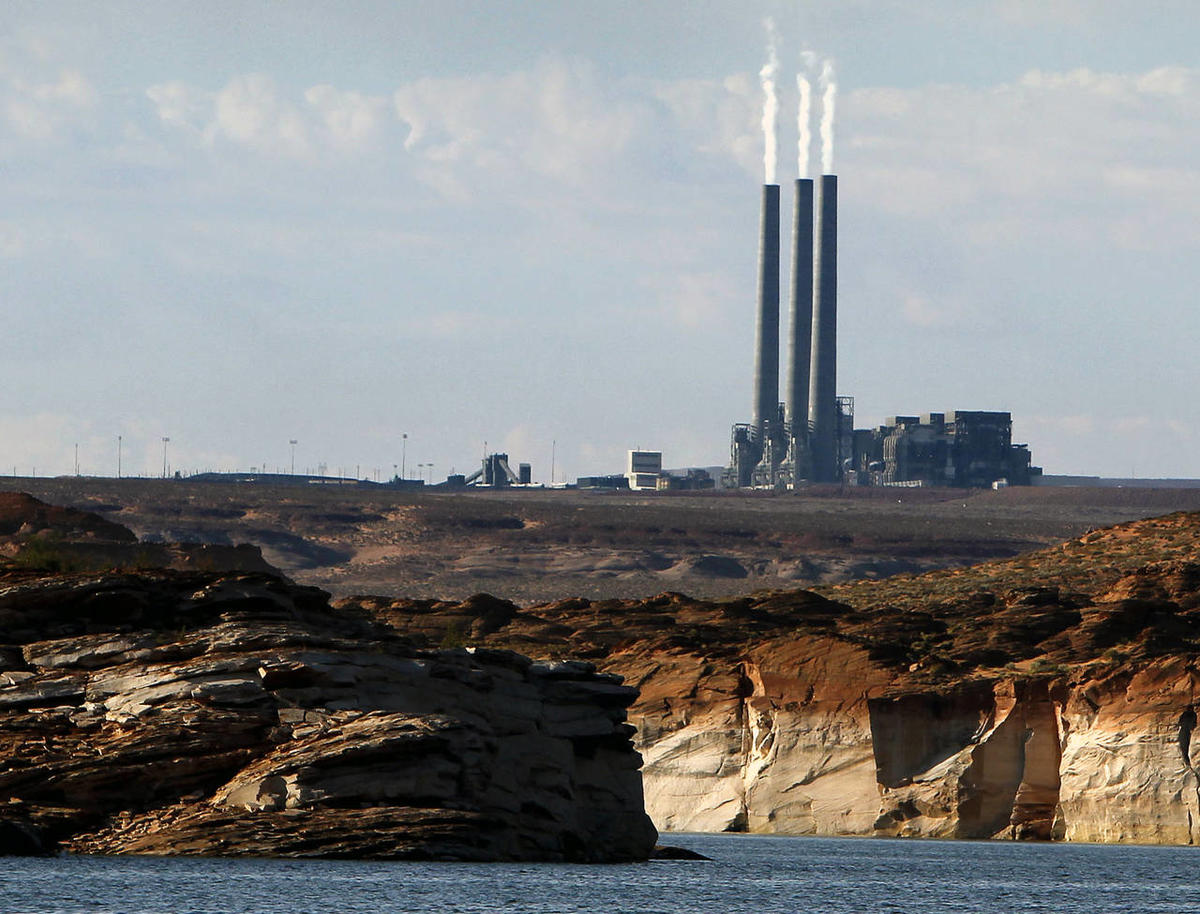 California’s green energy mandates played a role in forcing the closure of the Navajo Generating Station (NGS) in Arizona, potentially opening up the Golden State to a federal lawsuit, according to a former lawmaker.

Under state law, California public utilities are basically prohibited from renewing contracts with coal-fired power plant. Utilities must instead use fuels that emit less carbon dioxide, like natural gas, solar and wind power.

California imports more than 30 percent of its electricity, so the mandate is impacting states that send electricity into the Golden State.

DeVore has run the numbers, and noticed Arizona power plants are much less sensitive to changes in natural gas prices than other states. If California’s green energy laws may play a role, President Donald Trump, among others, could take the state to court.

“The irony here is that California is the nation’s largest importer of electricity, and, while we’re told that beggars shouldn’t be choosers, California not only chooses the electricity it imports, it dictates to the entire West what sort of power it deems acceptable,” DeVore says.

Three out-of-state coal plants provided up to 50 percent of the electricity for Southern California as late as 2015. Now those plants are being closed or converted to burn natural gas, in part due to California policy.

NGS isn’t just a power plant, it’s an economic lifeline for the Navajo and Hopi tribes. Most NGS and Kayenta Mine, that supplies NGS’s coal, employees are American Indians, enjoying some of the highest-paying jobs on reservation lands. If the plant goes, 755 plant and mine jobs go with it.

Challenging the constitutionality of green energy laws is not unprecedented. There have been at least three high-profile cases challenging state green energy mandates.

The 8th Circuit Court ruled in April 2014 that Minnesota’s mandate was “impermissible extraterritorial legislation and therefore a per se violation of the dormant commerce clause.”

“They work to divide the interstate market for a commodity that is fungible and indistinguishable, namely electricity, by letting each state create artificial barriers to electricity based on how they define so called ‘green energy generation’ and then close off a portion of their state market to only energy produced in that fashion,” Chaim Mandelbaum, counsel to E&E Legal, told TheDCNF.

Some 29 states have laws mandating utilities get certain percentages of their electricity from green energy sources, like wind and solar. Another seven states have non-binding green energy targets.

NGS owners recently announced the plant would continue to run through 2019 after which, the plant will close unless bought out by Navajo Nation or the U.S. government. The plant is partially owned by the Interior Department.

The four utilities that operate NGS — the Salt River Project, Arizona Public Service Co., NV Energy and Tucson Electric Power — voted to pull out in December 2019, “citing the rapidly changing economics of the energy industry, which has seen natural gas prices sink to record lows and become a viable long-term and economical alternative to coal power.”

“The Navajo Generating Station and the 755 good-paying jobs it supports in the Navajo Nation have been under intense regulatory assault from the Obama EPA for years, adding hundreds of millions of dollars of environmental compliance costs and, even worse, political uncertainty, for one of the most important power generators in the Southwest,” DeVore said.

California’s energy policies have public utilities pulling out of agreements to get coal-power from out of state providers. The Los Angeles Department of Water and Power announced in 2013 it would divest from two major western coal plants.

LADWP also plans to stop relying on coal power from the Intermountain Power Plant (IPP) in Delta, Utah by 2025. Some 90 percent of IPP’s power goes to California, which is why the plant is converting to burn natural gas.

The San Juan Generating Station in New Mexico also provided Southern California with coal power, but a settlement with the Environmental Protection Agency is forcing the plant to partially shut down in 2017.

The Bureau of Reclamation (BOR), which owns the plant, is working with NGS stakeholders to figure out a way to keep the plant open beyond 2019.

“To that end, we have invited multiple stakeholders with an interest in potential post-2019 operations to meet at Interior in early March to seek those potential paths forward,” Dan Dubray, BOR’s public affairs chief, told TheDCNF.