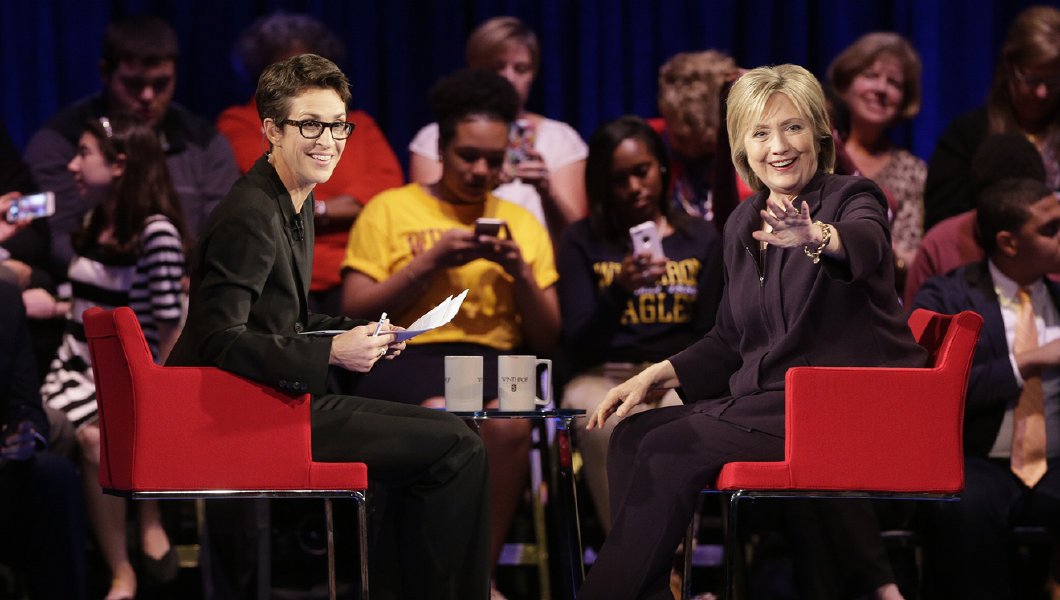 Former Democratic presidential nominee Hillary Clinton said she will not leave politics or the public eye, although she won’t be running for elected office.

Maddow asked Clinton, whose book “What Happened” debuted Tuesday, whether the former first lady, New York senator, and secretary of state wants out of her public life.

“Obviously you have a career in public service behind you,” Maddow said. “You have a life as a public intellectual, now particularly with this book and the way that you’ve tried to approach this. What do you what do you want in terms of your public life from here on out?”

Clinton said she wanted to help the next generation of candidates that has been inspired by activism against President Donald Trump.

Clinton launched Onward Together — a play on her campaign slogan “Stronger Together” — in May, using some of the unused funds from her campaign.

“We will also support candidates and we will look for opportunities to try to not only support candidates in individual elections but  — if there’s groups that are fighting the suppression of voting, for example, we will come in and help them as well. So on the political agenda, I’m going to be very active on that,” Clinton said.

Clinton said she will also work with universities to “spend time with young people find out what’s on their minds and, you know, speak out whenever I think its appropriate.”

“I see a really active future ahead of me, and I’m excited,” Clinton said.