What is Hillary Clinton most known for? Is it her husband — Former President Bill Clinton? Perhaps her tenure as Secretary of State or Senator from New York? Her exemplary “public service?” Seriously though — it’s her habitual lying. This woman cannot stop lying and lying about lying and lying — and Americans don’t trust her. According to recent polling data, 68% of Americans believe that Hillary Clinton is untrustworthy and the 30% of people who do think she is trustworthy … are liars themselves.

What has she lied about you might be asking? Let’s get this party started. 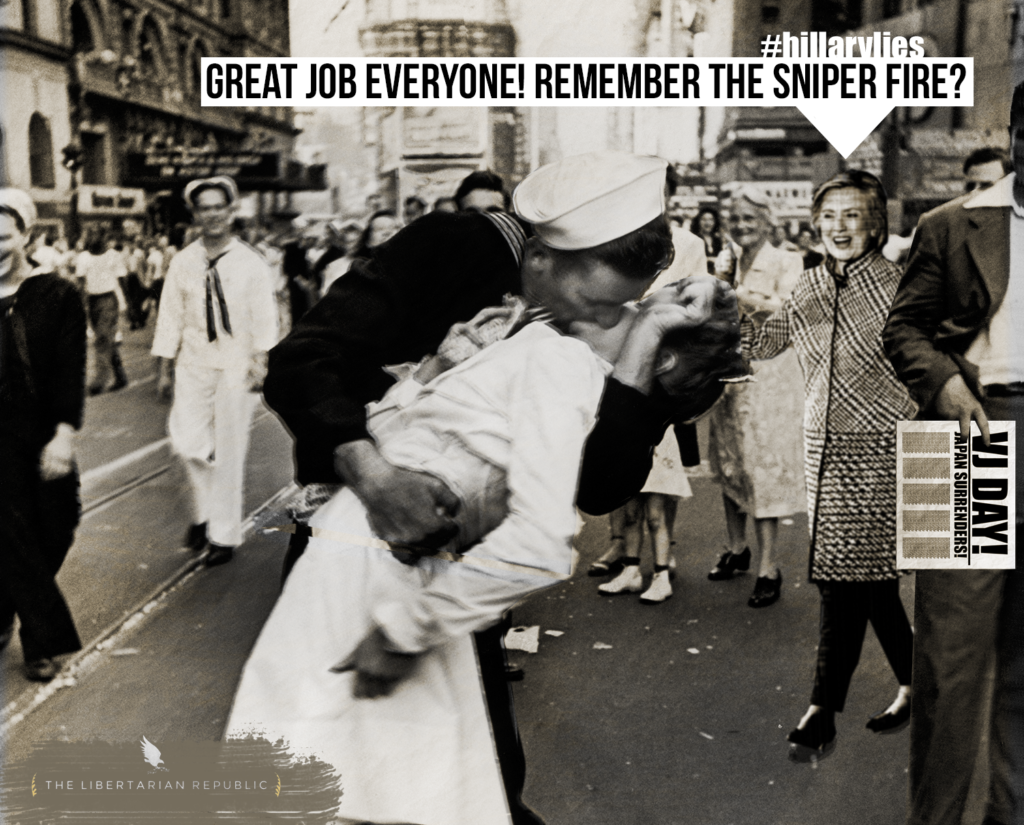 In 2008, Hillary was running against president Obama in the Democratic primary. In order to bolster her foreign policy credentials and her overall “toughness,” she told a story about her visit to Bosnia, and how on her arrival, sniper fire forced them to run with their heads down from the plane to their vehicles. No meetings, no greeting time. They ran with their heads down to the vehicles. The problem with this is that the whole thing was captured on video. Did Mrs. Clinton just not see that there were cameras present? Did she conveniently forget? Or was she counting on her gross underestimation of the entire population of the US to look into her little fibs? CBS did this television news story exposing Clinton’s misappropriation of the truth.