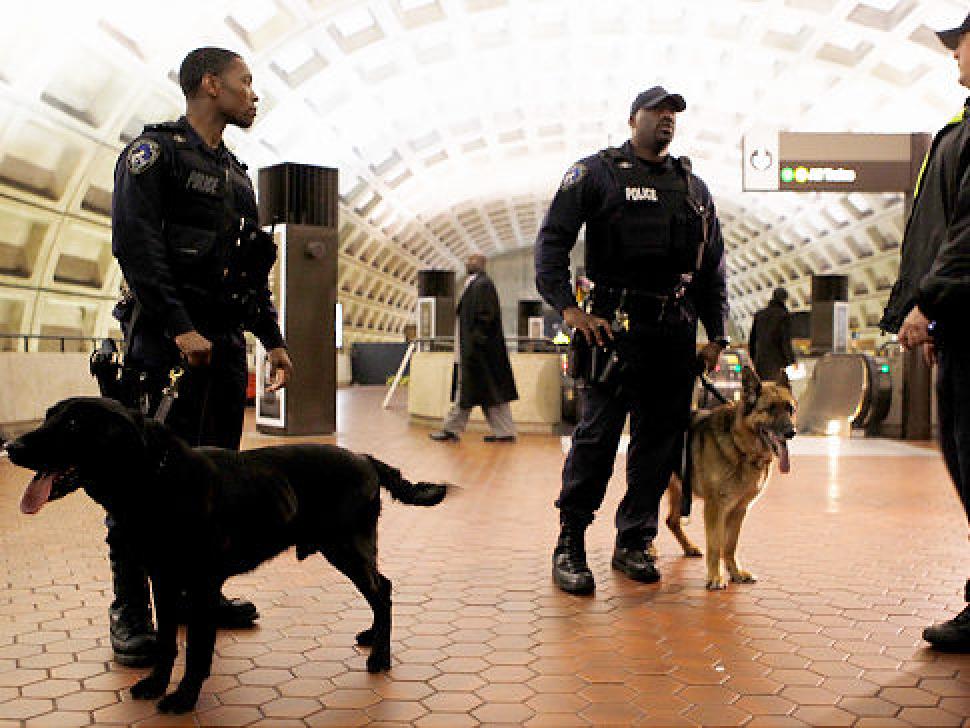 Authorities in the nation’s capital are beefing up security around the monuments and in transportation hubs after a video from ISIS released Monday threatened terrorist attacks around the city.

The Washington Metropolitan Transit Authority is ramping up random bag checks for people entering the D.C. subway system and putting additional officers at stations across the city.

The agency announced Monday that it would also be putting K9 patrol teams in service to sweep rail stations and other critical infrastructure.

Washington area airports are also on high alert and said they will be working with federal authorities to ensure safe travels for passengers during the upcoming holiday season.

A spokesman for the Metropolitan Washington Airports Authority told The Washington Post the agency doesn’t discuss security matters, but it has spoken with federal officials and airlines “and are taking appropriate steps as necessary.”

On Monday, a man identifying himself as “Al Ghareeb the Algerian” released an ISIS sanctioned video claiming that the group would soon launch an attack on the U.S. capital similar to the one that took place in Paris Friday that killed 129 people.

“We say to the states that take part in the crusader campaign that, by God, you will have a day, God willing, like France’s and by God, as we struck France in the center of its abode in Paris, then we swear that we will strike America at its center in Washington,” he said in the video.

Following the video’s release, the FBI says it is has seen no credible threats to the United States, but the agency will continue to monitor the events surrounding the Paris attack and keep in contact with French authorities.

“We will not hesitate to adjust our security posture, as appropriate, to protect the American people,” an FBI spokesperson said in a statement. “DHS and the FBI routinely share information with our state, local, federal, and international law enforcement, intelligence and homeland security partners, and continually evaluate the level of protection we provide at federal facilities.”

Local police in D.C. are also reacting to the video. Police Chief Cathy Lanier said in an Email that she has put more officers on the streets, and the officers will stay there until “we feel circumstances dictate that they are no longer needed.”

“With this said, let me be clear—there is no known, credible threat to [D.C.], at this time. However, we must always remember that Washington will always be an attractive target to those wishing to do harm to us,” she said.