After Joe Biden’s surprise blowout victory in the South Carolina Democratic Primary, the ensuing momentum carried him on to yet another incredible performance on Super Tuesday, putting his delegate count slightly above Sanders. And as Buttigieg, Klobuchar, and Bloomberg all dropped out and rallied around the former vice president, Biden had developed a solid coalition around his candidacy.

In the span of just 48 hours, Biden turned around the media impression of another failed presidential campaign into one in which he was placed back on track towards the nomination. Following yet another victory this past week on Super Tuesday II, it seems almost guaranteed Biden will take the Democratic nomination for the White House.

But it is the very nature of the rallying around Biden and the outright rejection of the populist socialist Bernie Sanders that is most striking. For it seems as though the Democrats have successfully accomplished what the Republican Party failed to do during its 2016 primaries – that being to rally around the least objectionable candidate (on the national level), who at the time was Ted Cruz, and stop the Donald Trump candidacy with a unified coalition of Rubio, Bush, and Kasich voters. The failure of the Republican Party to stop the Trump candidacy and secure its brand image for the sake of attracting future voters and institutional longevity has left it under the control of Donald Trump himself.

Meanwhile, on the Democratic side at the time, they made the mistake of running the most objectionable candidate of the two parties: Hillary Clinton. Not only did she have a history of deceitful political maneuvering and embody the sleaze of establishment pols, but she also had the unfortunate characteristic of being the wife of another sleazy pol with credible evidence of sexual assault and political graft. For the American voter, that was much worse than the orange guy who said crazy things every once in a while.

Leading up to the 2020 Democratic primaries, it seemed as though the Democrats were once again going to run a candidate who would be utterly objectionable to the American people: Bernie Sanders. Not only is the man a self-proclaimed socialist, but he has an unseemly fascination with communist regimes and attracting rabid anti-Semites to his campaign. More than that, his desire to bring about a “political revolution” and blow out the budget with trillions upon trillions of dollars in debt is an idea that most Americans, even many Democrats, are not exactly in tune with.

After Sanders became the front runner with the Vermont and Nevada caucuses and Biden was slipping in the polls, it seemed that the Democrats would once again make the mistake of running the worst candidate possible. And yet, the South Carolina primaries happened and Joe Biden has since come out on top.

This sudden shift raises the idea that what really concerns Democrats isn’t bringing about the grand political revolution promised by Bernie Sanders, or even implementing any specific policy agenda outside of the general platitudes of Democratic politics since the Obama years, but simply beating Donald Trump. And Joe Biden, according to poll numbers before he even entered the race, is the man who Democrats think can best accomplish that. He has had the best potential for moderate Republican outreach and is far from being as objectionable as Hillary Clinton was. He may have lost a step in his mental capacities, but he’s no revolutionary. And right now, Democrats seem to have realized that their best shot at the White House and Congress this year is to go with a normal guy that people are not utterly disgusted with – and who may be able to pluck off a couple of Trump voters.

According to the most recent Quinnipiac poll, Biden leads Trump by 11 points. And in the RCP Average, Biden still leads by 6.5 points. These numbers have been nearly consistent ever since Biden entered the race. And with recent anxieties over coronavirus and the stock market plunging, Trump’s position isn’t the strongest – and this is also after coming off of an impeachment trial. If these COVID-19 and stock market related fears increase, and the economy ends up going into a recession, things could look even worse for Trump.

But there is also another scenario to be on the lookout for. In the event that a Biden v. Trump presidential race ends up with another victory for Trump, that could mean something far worse for the Democratic Party, because there is always the possibility that they take their loss as evidence that they weren’t radical enough. It is possible that they would then run someone along the lines of Bernie Sanders yet again, and not only clear the path for that candidate, but rally around them, and make their candidacy the new definition of the party (assuming Sanders himself doesn’t run again). The Democratic Party would effectually become the socialist party, with no pretenses otherwise. That is my greatest fear.

At the moment though, the Democrats seem to have castrated the momentum around Sanders, and are playing their cards the best that they can. Should Biden control his gaffes enough and remain presentable to the American people, we may be looking at a President-elect Biden come November.

[The Party of Progress and Diversity Looks Like Old, Rich, White Men] 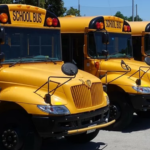 At Least Six States Close Down All Public Schools 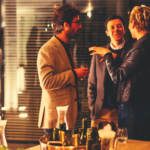 “Whataboutism” And The Degradation of Social Discourse