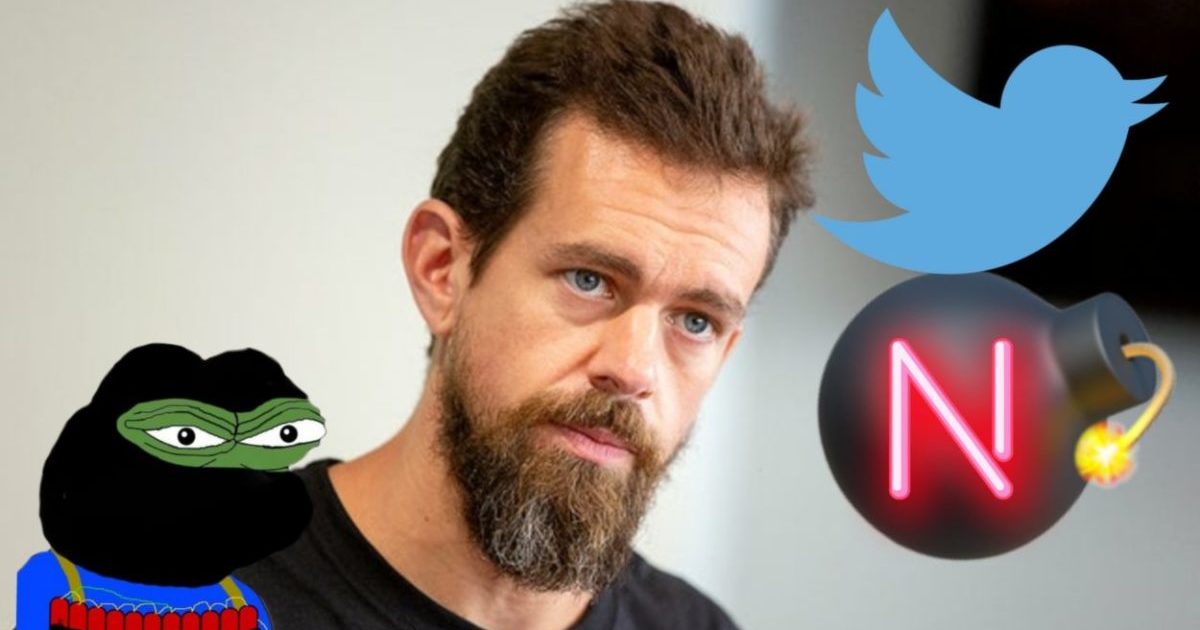 A series of attacks in the last week of August called “Chuckling Squad Hacks” appears to have gained access to people’s phones via AT&T SIM Card replacements. Several high profile individuals have fallen victim this way, so far.

An entry on Know Your Meme details the extent of Chuckling Squad:

Hacking Twitter’s CEO’s own Twitter account certainly ups the ante. While the hacker only had a few minutes of access, they did a good deal of damage.

While the Tweets have since been removed from the platform, the internet is forever.

The hacker attempted to get the hashtag #ChucklingSquad trending from Jack Dorsey’s account. 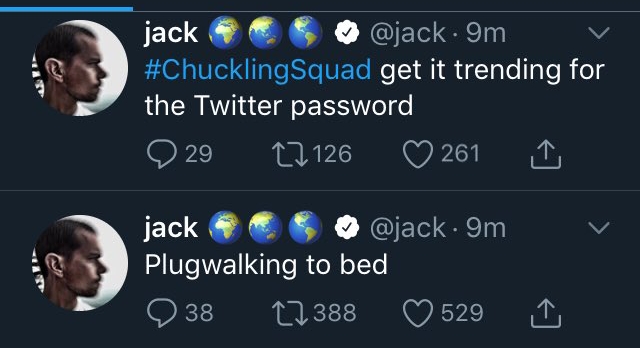 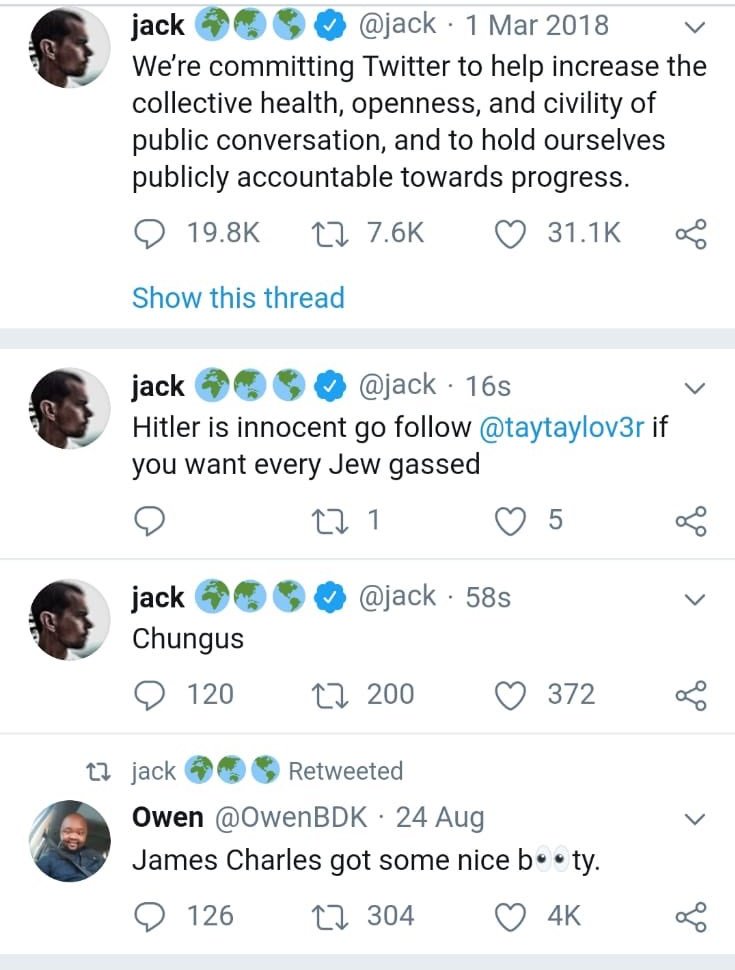 Still, the hacker used their brief amount of time to Tweet “Fuck Niggers” from the CEO’s account.

Next, the hacker used his hold over the platform to issue demands directly to Dorsey, apparently requesting three small suspended accounts be returned to working order.

It is unknown whether the hacker has any connections to those accounts. 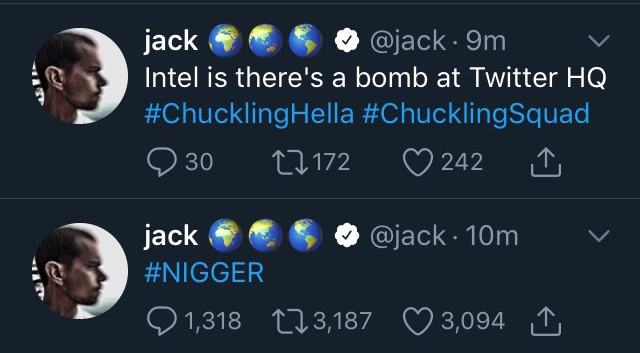 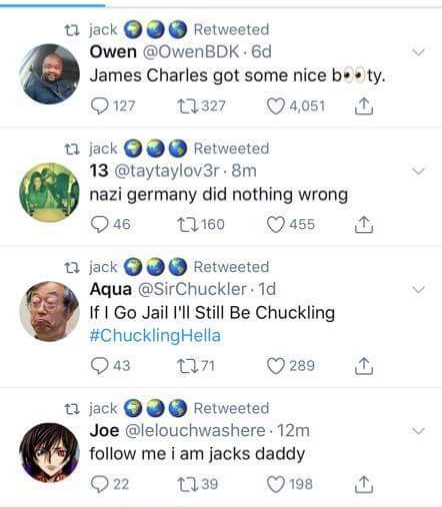 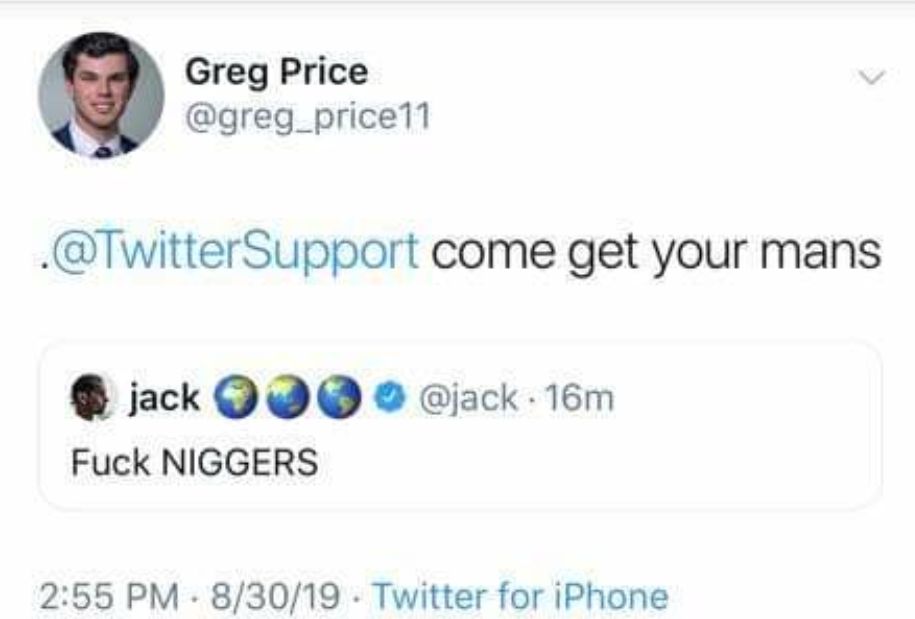 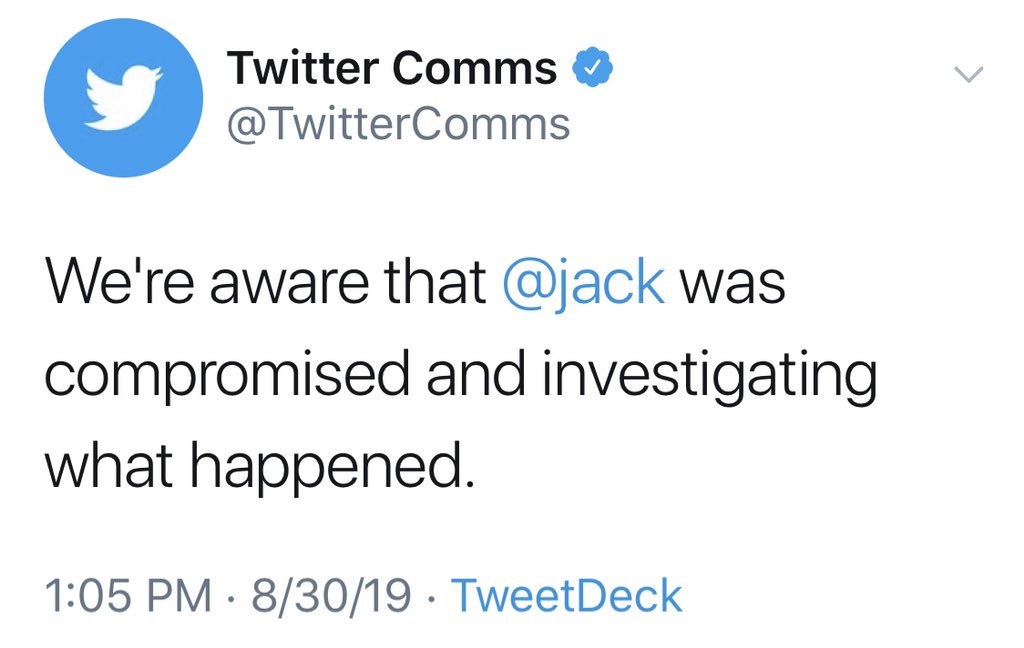 Imagine someone taking over Donald Trump’s Twitter account, whose Tweets have been known to significantly affect the stock market. Imagine the amount of damage someone could do in a very small amount of time.