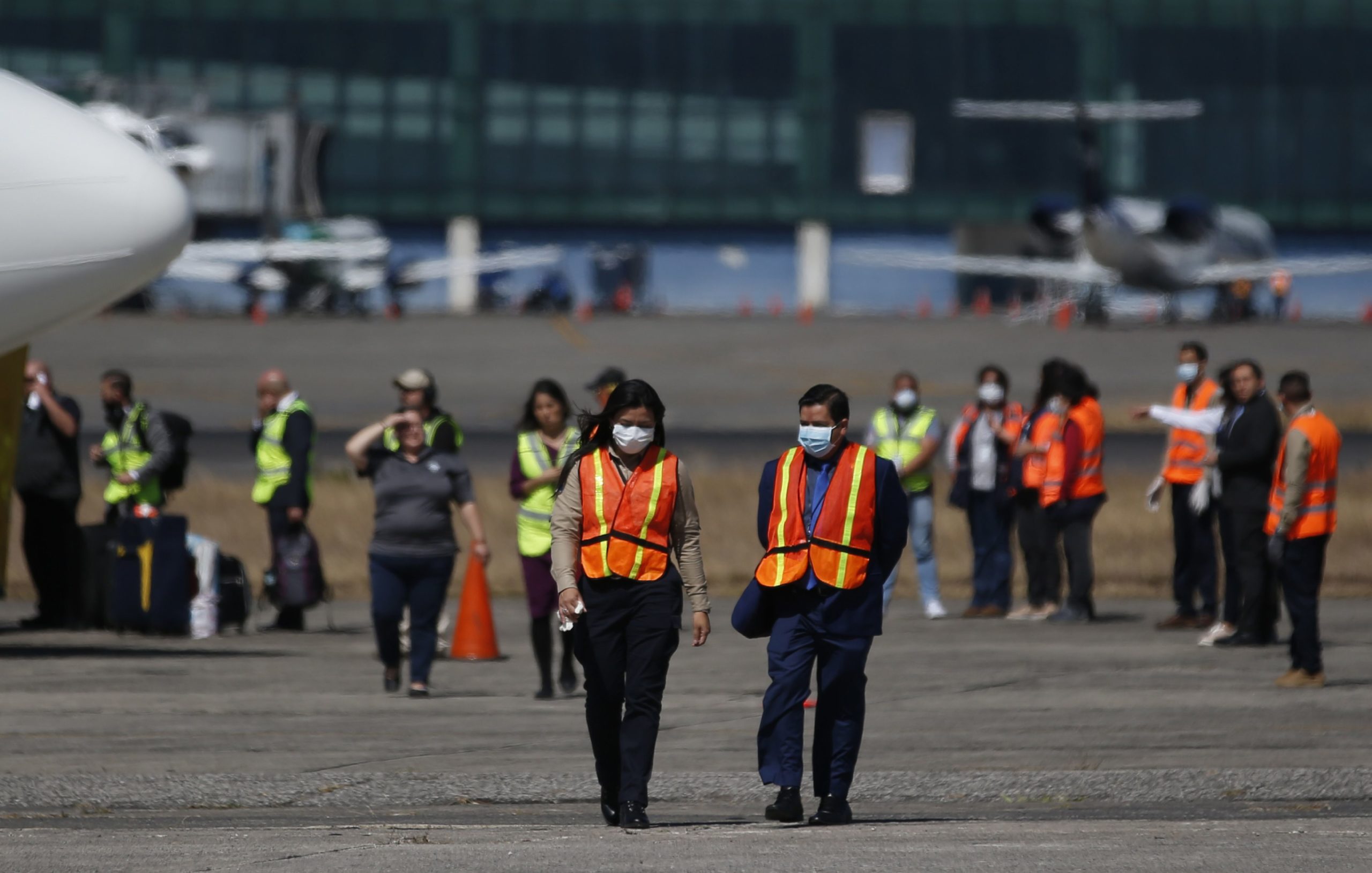 Seventy-five percent of the migrants on an Immigration and Customs Enforcement (ICE) repatriation flight to Guatemala tested positive for coronavirus, Health Minister Hugo Monroy said Tuesday. Their government is saying that a total of four Guatemalan nationals deported from the United States tested positive for the virus, according to ABC News.

“There are really flights where the deportees arrive … citizens who come with fever, and they get on the planes that way,” Monroy stated. “We automatically evaluate them here and test them and many of them have come back positive.”

The health minister is also blaming the United States for a recent spike in cases — Guatemala’s Ministry of Public Health and Social Assistance has reported a total of 180 cases, including five deaths. While Monroy said 75% of deportees on a single flight had coronavirus, he said he was unable to go into further detail for security reasons.

Despite the global pandemic, ICE Air Operations is continuing to execute repatriation flights across the world. Central American governments — and Guatemala in particular — have urged the Trump administration to momentarily halt these flights, but they are under immense pressure to keep accepting them.

These deportations have also served as a major resource in the Trump administration’s efforts to rescue Americans stranded abroad. ICE has so far rescued more than 1,000 U.S. citizens and legal permanent residents stuck abroad, taking them aboard on return flights back home.

Per ICE policy, every migrant is given a visual screening before boarding a repatriation flight.

“Any ICE detainee who fails to pass screening by a flight medical provider and/or is suspected of having a health-risk condition potentially contagious to other detainees, staff and/or third parties, will be denied boarding and referred to an ICE approved facility for screening,” the agency’s guidelines read.