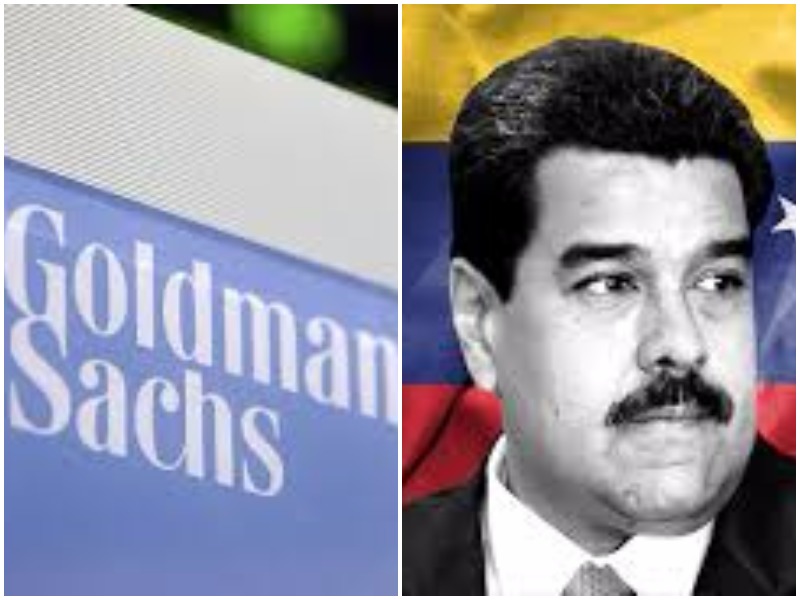 The leader of the Venezuelan opposition accused Goldman Sachs Monday of financing President Nicolas Maduro’s socialist regime, following a report that the investment bank had bought $2.8 billion in bonds from the nearly bankrupt country.

Julio Borges, the president of Venezuela’s opposition-run Congress, said that Goldman is “aiding and abetting the country’s dictatorial regime,” which is currently engaged in a violent crackdown on anti-government protesters across the country, Reuters reported.

“Goldman Sachs’ financial lifeline to the regime will serve to strengthen the brutal repression unleashed against the hundreds of thousands of Venezuelans peacefully protesting for political change in the country,” Borges wrote in a letter to Goldman President Lloyd Blankfein. “Given the unconstitutional nature of Nicolas Maduro’s administration, its unwillingness to hold democratic elections and its systematic violation of human rights, I am dismayed that Goldman Sachs decided to enter this transaction,” he added.

The letter comes after two months of protests against Maduro’s regime over deteriorating conditions in once-wealthy Venezuela. Appalling crime, soaring inflation, and persistent shortages of food and basic consumer goods have drawn hundreds of thousands into the streets in violent clashes with government security forces. Nearly 60 people have been killed since the demonstrations began in early April. (RELATED: Venezuelan General Urges Use Of Snipers To Deter Protesters)

Borges’ letter to Blankfein is a response to a story from the Wall Street Journal, which reported on Sunday that Goldman’s asset management division last week paid 31 cents on the dollar — or about $865 million — for bonds issued by Venezuela’s state oil company in 2014.

Goldman, which confirmed the bond purchase Monday night, made the deal despite efforts of the Venezuelan opposition to prevent Western banks from doing transactions that benefit the Maduro regime. The bank denies that it dealt directly with Maduro, instead claiming that it purchased the bonds through a third party.

“We bought these bonds, which were issued in 2014, on the secondary market from a broker and did not interact with the Venezuelan government,” the bank wrote in a statement. “We recognize that the situation is complex and evolving and that Venezuela is in crisis. We agree that life there has to get better, and we made the investment in part because we believe it will.”

Borges said the Venezuelan Congress would open an investigation into the transaction and recommend to any future national governments that they refuse to “recognize or pay these bonds.”