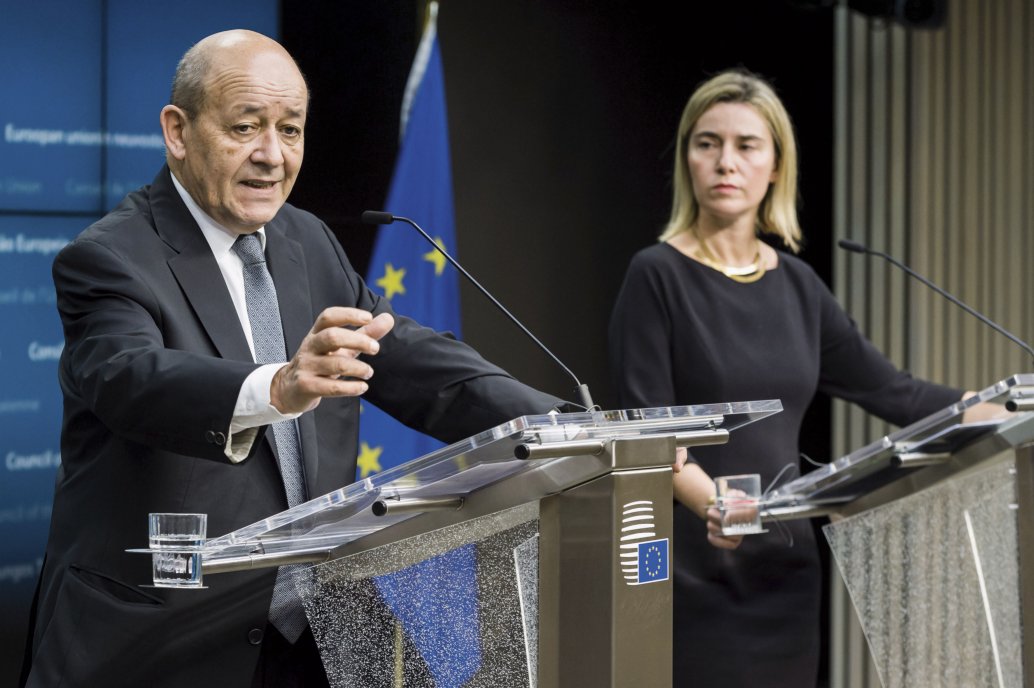 France made history by being the first country in the European Union to invoke the mutual defense clause following the brutal attacks in Paris.

According to the text of the clause, “if a member state is the victim of armed aggression on its territory, the other member states shall have toward it an obligation of aid and assistance by all the means in their power.” This is the first time article 42.7 has ever come into play. French officials have opted to rely on the European Union, rather than Article 5 under the North Atlantic Treaty Organization, although NATO allies have started ramping up intelligence sharing with France.

“What I’ve said to my colleagues is that France can’t do everything at once,” Le Drian said, according to The Wall Street Journal. “We are in very close talks with our partners to take stock of what we can do together. What each partner can contribute, so it could be on our own territory or another area.”

Not a single objection surfaced to the request, meaning that 28 states have offered military support to France.

What mutual defense now entails is unclear. Ursula von der Leyen, Germany’s defense minister, offered vague commitment, saying that Germany would do “all in our power to offer help and support.”

Leyen added that Germany is already very much involved in the war against terror, though the government is currently reviewing a proposal to send more troops to a United Nations peacekeeping mission in Mali.

France spent Tuesday launching additional airstrikes against an Islamic State training camp and command post in Syria. Back at home, police conducted raids to try and get to the bottom of the terror attacks in Paris.

Hollande will visit the United States next week for a follow-up meeting with President Barack Obama.