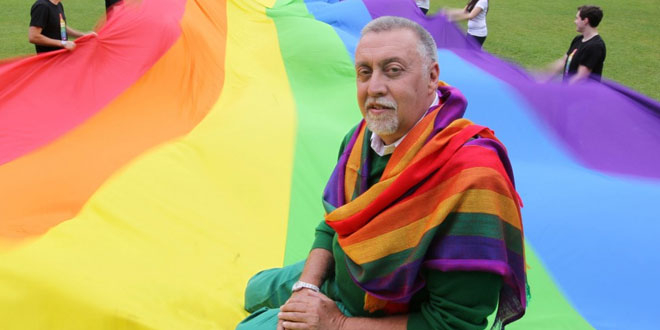 In 1978, gay rights activist Gilbert Baker sewed a flag of rainbow stripes in an effort to unite the gay and lesbian community under a symbol of positivity and love. It originally contained two extra colors than its modern iteration: pink and turquoise. The reason? In 1978, those colors were too expensive to mass produce. Today, the rainbow flag the ubiquitous sign of unity and support within and surrounding the LGBT community.

Baker has unfortunately died at age 65 in his sleep after living disabled for years following a massive stroke. He did teach himself to sew again before his death, however.

Libertarians (especially the more conservative stripe) don’t always give social liberty its due and put all the focus on the economic side of things. But social freedom also matters, and thanks to people like Baker, entire demographics of people marginalized and legally discriminated against by the state have symbols of solidarity to rally behind. It might just look like symbolism to many of us, but to those most suffering, it’s hope.

Rest in peace, Mr. Baker. Your legacy will live forever.

Thomas Massie Claims Trump is “Bluffing” About Working With Democrats