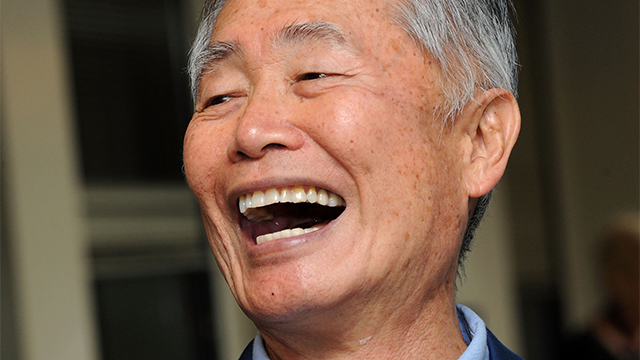 Actor George Takei has never been a fan of Donald Trump, or anyone remotely right leaning for that matter, but on Friday, he took his comments about the President to a new level.

Takei took to his Twitter account to compare Trump to North Korean dictator Kim Jong-un. In fact, Takei said the two leaders are in the “same basket.”

“Understand that the rest of the world puts both Kim Jong-un and Donald J. Trump into the same unbalanced, nuclear-armed state leader basket,” Takei wrote, reports the Blaze.

Understand that the rest of the world puts both Kim Jong-un and Donald J. Trump into the same unbalanced, nuclear-armed state leader basket.

On its face, Takei’s words are a clear pitch to hyperbole, right?

Well just in case, Twitter took to making sure Takei understood the ridiculousness of his comments.

So which uncle did Trump have torn apart by wild dogs? How many constituents has he sent to die in labor camps?

If only the North Korean people could get on Twitter and complain about their leader like Americans, amirite?

The irony of people TWEETING this garbage is completely lost on them, huh?

Unfortunately, the majority of responses to Takei were actually in the affirmative, unwittingly destroying any real criticisms of the Trump presidency by proclaiming and affirming pure hyperbole and lack of historical context.

Trump is as scary as Kim Jong-un. A man who's so narcissistic he thinks he can solve the world's problems basically by himself is dangerous.

I think a lot of the world, us Aussies included, see trump as more dangerous. He is unpredictably mad – KJ is at least predictably mad.

What are your feelings on Takei’s comments, let us know in the comments below!