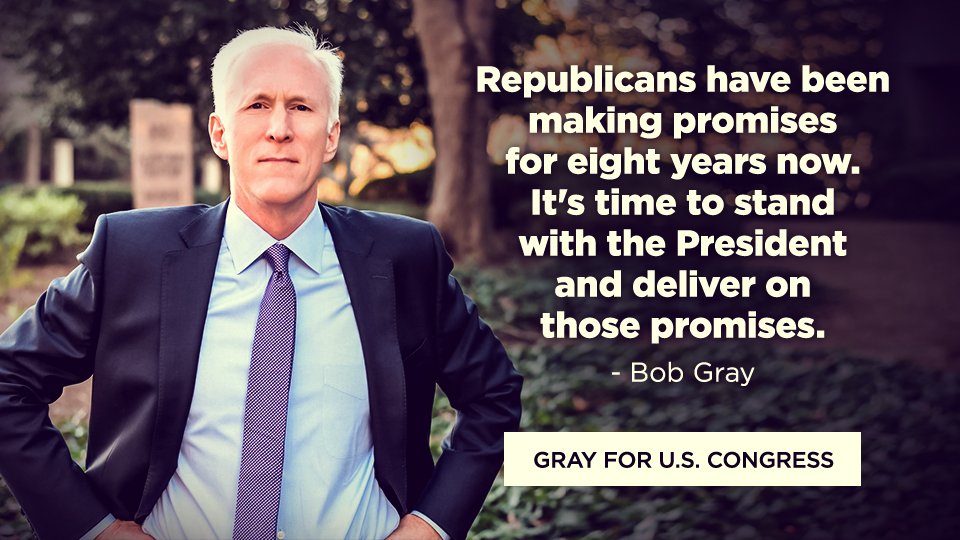 Republicans have a new leader in the Georgia special election to replace Republican Rep. Tom Price in the state’s 6th congressional district, according to a new poll released Monday by Clout Research.

Former state Secretary of State Karen Handel had been the leading Republican in polling so far, but a new poll reveals that former Johns Creek Councilman Bob Gray leads Republicans with 17 percent of the vote. Handel dipped a percentage point to the 15 percent mark.

It should be noted that the results for Republicans are still well within the margin of error, but this is the first poll that showed Handel not leading the field of Republican challengers.

Democrat candidate John Ossoff still leads the pack with 41 percent, but political statistician Nate Silver asserted Monday that Ossoff was unlikely to win the special election Tuesday. Instead, he predicted Ossoff will contend with the highest Republican to win the number two slot in a runoff. Silver puts significantly more weight on partisan shares of the vote than in polling for special elections, according to his analysis. That number’s most likely to go in Republicans favor when the runoff election is held in June.

“It is simply too close to call which of the Republicans will finish second and get into the runoff with Ossoff,” Clout Research poll director Fritz Wenzel said in the accompanying statement. ”Bob Gray has increased by one point up to 17%, while fellow Republican Karen Handel has decreased by a point, to 15%,  but the difference between them is statistically insignificant.”

The survey included 453 respondents, 41 percent of which had already voted in early voting. The poll ran from April 14 through April 15, and included a margin of error of 4.58 percentage points in either direction.