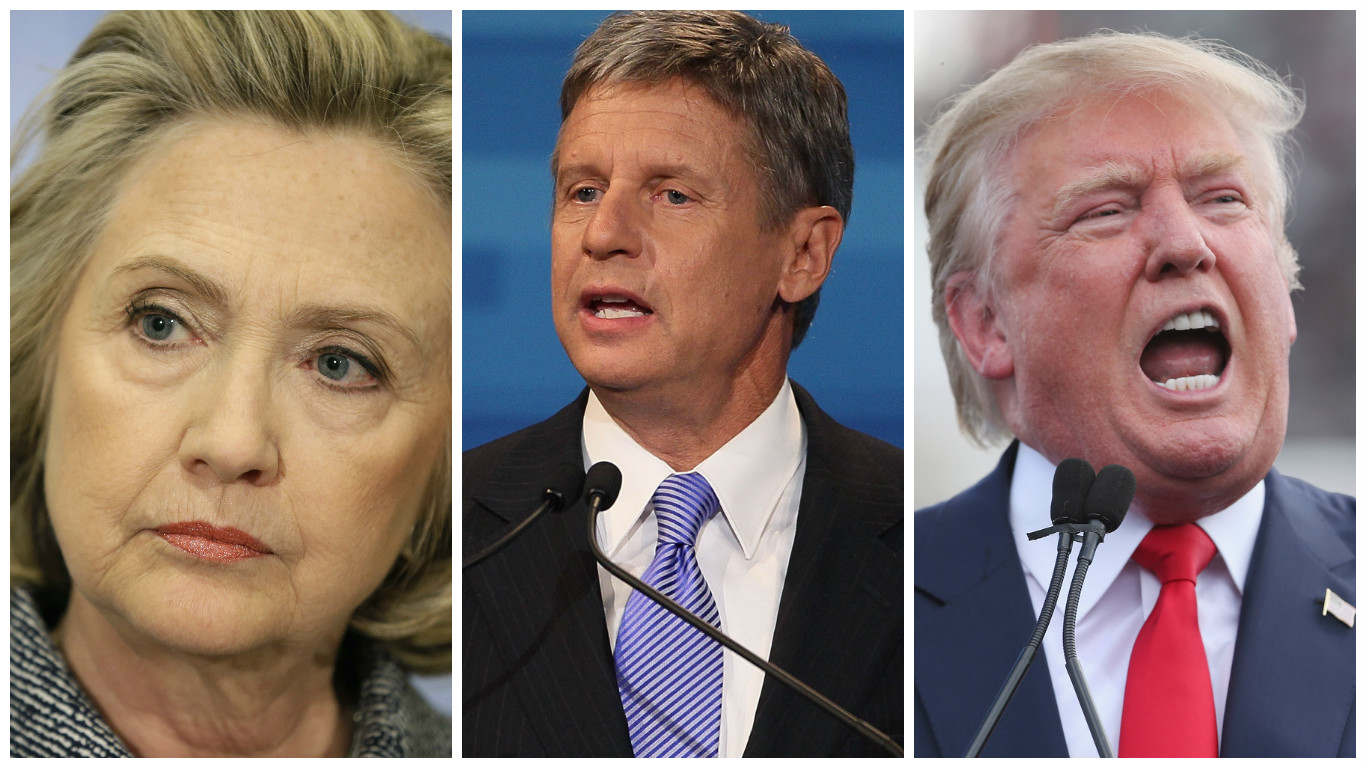 Governor Gary Johnson, the Libertarian Party presidential nominee, continues to improve in the polls. He has been averaging 8.5% in national polling against Donald Trump and Hillary Clinton.

Johnson did very well in a recent poll conducted among Utah voters.

In the 2012 presidential election, Mitt Romney won Utah by 48% against President Obama.

In a national poll conducted by IBD/TIPP, Johnson received 11%, while Clinton and Trump got 39% and 35% respectively. In the poll, Johnson drew support from both major party candidates almost equally in the three-person race.

Johnson has been scoring unprecedented support in the polls. In polling conducted in 2012, Gary Johnson never received more than 5% in any polls and ended up getting just 1% of the popular vote. Now, Johnson is scoring double-digits in polling, a trend going back to March, when he received 11% in a Monmouth poll.

The only question is if poll numbers will translate into votes. Johnson will be the only third-party candidate on the ballot in all fifty states.

Graham Un-Endorses Trump, Urges Other Republicans to Get Out While They Can