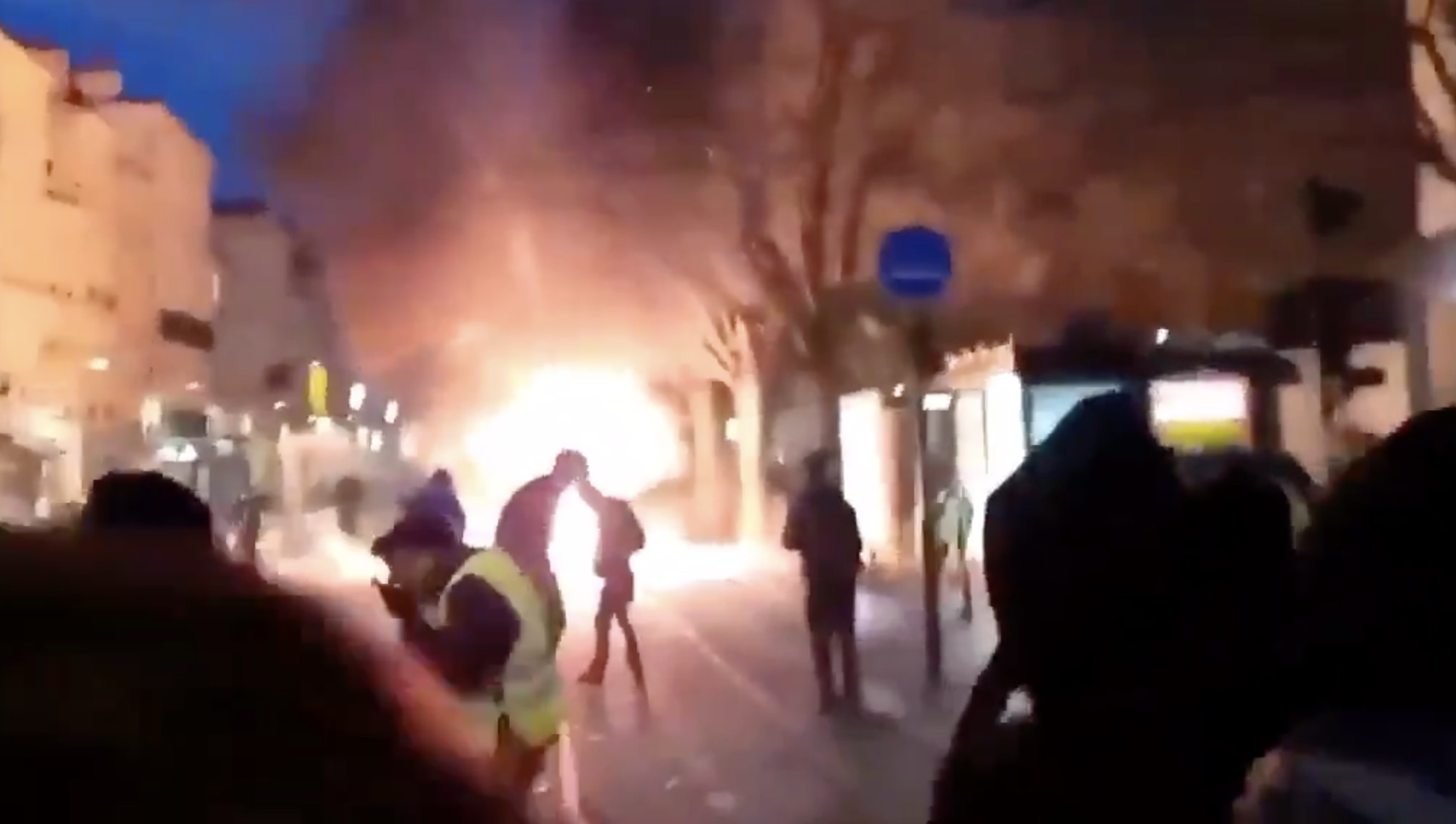 A French protester lost his hand after reportedly attempting to throw an active stun grenade back at police, a French news outlet reported, according to The Daily Mail.

A graphic video of a man clutching his bloody arm surfaced Saturday as the “yellow vest” protests continued into a fourth straight weekend. The protests, named after the yellow traffic vests worn by the protesters, began in mid-November after French President Emmanuel Macron proposed a new gas tax hike to lower emission and combat climate change.

Is not #Venezuela or #Russia#French police attacked an protesters, and wound severely a person, his hand has disappeared. the police blow up his hand#GiletsJaunes pic.twitter.com/u7Wt8u7T3g

The man reportedly tried to throw back an active police stun grenade, but the grenade went off before he could release it.

The Daily Caller News Foundation could not independently verify how the man lost his hand during the riot.

Roughly one in every five French citizens currently approve of the job Macron is doing. Recent polls have pegged his approval rating between 18 and 23 percent, lower than his socialist predecessor Francois Hollande. Macron has scrapped the gas tax proposal that ignited the protests Dec. 5.

French support for the yellow vest movement is much higher, around 73 percent, according to an Elabe poll conducted during the protests, the movement itself is composed of people across the political spectrum calling for lower taxes, larger social programs and Macron’s resignation.

The French government ratcheted up security over the weekend because of the protests. Armored vehicles patrolled the streets of Paris for the first time since World War II Saturday. Roughly 1,300 people were arrested and 135 people were injured, including 17 police officers.

Man Gets A Taste Of Freedom, Immediately Hijacks Car In Prison Parking Lot After Being Released

America’s Prisons – The Most Inhumane in the World?