In a recent article for National Review, Oren Cass introduced readers to a new organization dedicated to helping conservatives “recover” from “market fundamentalism.” This new venture is a solution in search of a problem. A commitment to bigger government is the prevailing orthodoxy in the halls of Congress and the premiere D.C. think tanks offer, in many cases, tepid support for free market ideas. (Though many scholars at these institutions do good work.)

Cass points to the mission statements of some think tanks as evidence for the need to break through the fundamentalist mentality found among policy wonks. Yet, even in these supposed bastions of free market thought are proposals to block grant Obamacare subsidies and send them to the states, hardly a fundamentalist approach to economics.

Arthur Brooks, the former president of the American Enterprise Institute, is an avid defender of free enterprise, describing it as a tool to help the poor. But he has also conceded the need for a social safety net, which seems to be at odds with the Cassian view of the right’s relentless insistence on moving to a pure free market economy.

Trillion-dollar deficits driven by obscene spending growth, tariffs, and bailouts for farmers are just some of the anti-market policies embraced by a bipartisan majority in the federal government. Even in the area of regulatory reform, where the Trump Administration has had some success, the rules emanating from the leviathan hit nearly 3,000 in 2019.

In both word and deed, market fundamentalism has failed to take hold. The move away from a free economy is regrettable because it is essential to the flourishing of society. While Cass and others acknowledge the importance of markets, they take issue with the dogged focus on economic freedom and the attempt to “maximize everyone’s freedom at every moment.”

I guess the truth of the claim depends on Cass’s definition of freedom. Not even the most hardcore libertarian believes people should be free to do what they want at every moment. According to libertarian theory, our ability to act is regulated by private property.

Cass’s quotation of Sen. Josh Hawley may give some indication as to his definition of freedom. Sen. Hawley inexplicably claims “public philosophy says liberty is all about choosing your own ends” and that this is a philosophy of the privileged because everyone else who has commitments to their family, home and nation is robbed of that liberty under such a philosophy.

The challenges facing us today are not the result of too narrow a focus on economics for growth’s sake but of the government’s imposition of its will on the rest of us. The welfare state has shattered the traditional family. Prohibition has fueled drug addiction. Thankfully, many insurance plans cover drug rehab services such as Tricare drug rehab coverage. Explore society’s myriad of social problems and one is hard-pressed to find an ill in which government has not played a role.

I agree with Cass, Sen. Marco Rubio and others who place an emphasis on shared prosperity for workers, building stronger community ties, and encouraging individuals to pursue more than their own self-interest. However, these worthwhile goals won’t be met with a “conservative” version of freedom.

If history is any indication, attempts at a top-down approach to reengineering society will fail.

If this view makes one a fundamentalist, then so be it. 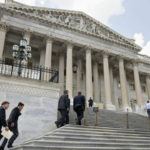 Essential Things That You Must Consider Before Consulting A Criminal Lawyer 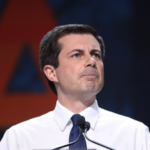 Six Politicians Who Would Make a Better President than Pete Buttigieg