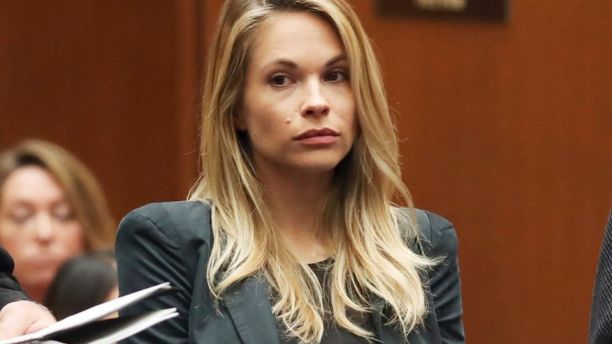 Former Los Angeles Playboy model Dani Mathers pleaded no contest Wednesday to misdemeanor invasion of privacy for taking a photo of an older, nude woman and sharing it on Snapchat.

Mathers was sentenced to three years of probation and ordered to complete 30 hours of graffiti removal service. The model could have been looking at six months in prison had the case gone to trial.

Mathers does not deny taking and sharing the photo with the comment “If I can’t unsee this then you can’t either,” but says she meant to send it as a private message. After being savaged on social media, she tweeted, “I’m sorry for what I did… I need to take some time to myself now to reflect on why I did this horrible thing.”

The Los Angeles Times noted that “Prosecutors often use invasion of privacy charges against peeping Toms … but legal experts said this marks a rare time authorities have brought charges against someone over photos making fun of someone’s weight.”

LA City Attorney Mike Feuer said it’s important city officials send a message about the “painful, long-term consequences” that come from comments on physical appearance, and that “Body-shaming is humiliating,” according to Reason. “What really matters is our character and humanity.”

California lawmakers are using Mathers’ case as they work to pass a bill that will increase punishment for distributing photos or videos without permission.

“This country has a growing problem of bullying through body-shaming on social media that needs to be addressed,” said State Sen. Cathleen Galgiani.

In addition to her sentence, Mathers’ indiscretion could cost her big bucks if the woman in the picture decides to file suit.

“It could go into the seven figures” said entertainment litigator Devin McRae according to the Wrap. The amount of the damages would depend on the size of negative impact the woman could prove she suffered.