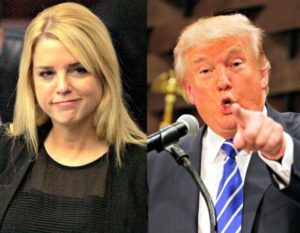 As has been previously reported by The Libertarian Republic, Florida Attorney General Pam Bondi has been making waves in the national media, for some not so satisfactory relationships with the likes of high powered law firms [Dickstein-Shapiro] and even with presidential candidate Donald Trump.

With the story of the Attorney General of New York Eric Schneiderman inquiring into potential inappropriate conduct of the Donald J. Trump Foundation as a non-profit [Which can be read here], new heat and attention has been brought to Bondi as well.

In response, AG Bondi seems to be reacting to the new scrutiny placed upon her by the media coverage, that it appears she may be cracking down on smaller cases that could potentially lead to more inquisitions of her administration. Proof of this is also in a story that was brought about by The Libertarian Republic in an article called Florida AG Pam Bondi: Pay to Play or Gov’t Makes You Go Away.

The article highlights a story about E-Racer Tech Vs AG Pam Bondi and state of Florida, in which Bondi’s administration has publically lambasted a small business for what they called, “using misleading marketing tactics that included pop-ups and loud warnings on computers, as well as deceptive diagnostic sales pitches, all designed to deceive the victims of the scam into believing that their computers were severely compromised. The pop-up advertisements that suddenly appeared on consumers’ computers urged them to call a toll-free number for immediate technical support.”

CEO of E-Racer Tech, Nick Veser, has adamantly denied the accusations, has said he has cooperated at every turn with the AG administration, including being deposed for a six hour period, in hopes that due to lack of any substantive evidence, and mishandling of paperwork, the case would be properly dismissed.

On September 13, 2016, the Florida Attorney General’s Office released a statement to the press, regarding the case mentioned above and in the previously written article. The press release, explicitly states, 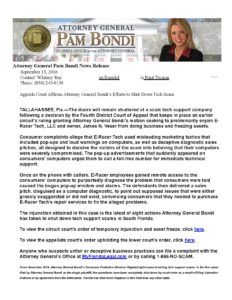 The issue is that these claims are inherently false, as the business is not “shuttered,” nor were they ever motioned from doing business. The exact writing from the original temporary injunction from AG Bondi’s administration, under section 29(a) states,

29(a.) Marketing, advertising, engaging in, rendering, or otherwise providing services to consumers relating to remote technical support, other than those services necessary to carry out contracts executed or services engaged prior to the date of the Order.

These actions bring into question the credibility of Bondi on more regards than just cronyism, or negligence. This by definition seems like libel, which is defined as, a published false statement that is damaging to a person’s reputation; a written defamation.

It also raises questions regarding court and judicial procedures, that all lawyers are required to abide by. Most notably, that in which lawyers are supposed to refrain from publically speak to ongoing litigation in a way that may influence the presiding judge, potential jury, or outcome of the case.

AG Bondi’s press release, given the fact that it clearly misrepresents the injunction place on E-Racer Tech which was previously filed and cited in the new release, appears to have publically done just this. When asked, the lawyer for Nick Veser, Carl T. Williams, had this to say about the situation.

As an initial matter, this is an active civil lawsuit in which final judgment has not been issued. It is improper for an attorney to make an extrajudicial statement which will have a substantial likelihood of materially prejudicing an adjudicative proceeding. I presume that Ms. Bondi is aware of Rule 4-3.6, Florida Rules of Professional Conduct governing trial publicity.

When asked for comment on the newest press release from the AG of Florida’s office, Veser, himself, returned the following.

Not only are both of these statements patently false as you can read from the attached orders in the release, but it was strategically released the day following an article written by you [The Libertarian Republic] about AG Bondi’s corruption citing my case. This has been their MO since day one…To give the impression to the public that we are guilty of these things, and then recruit people willing to go along with their narrative. Notwithstanding all of that, and ignoring that all of the evidence in this case was manufactured by the AG’s office, I will speak to this release only. We were already on the verge of having to claim bankruptcy as a company, but still had corporate clients and other aspects of our business that the order did not pertain to. Now my merchant accounts have been shut down altogether and my business clients no longer feel comfortable doing business with us based on this false information. This release gives the impression that we were like the many companies that were raided and shut down which is not the case at all. As a matter of fact, our attempts to get them to come see the operation were ignored over and over again. We offered weekly…implored them to have someone come in and monitor the business to see that we were not at all what they thought we were, and they took one pass after another because they had their own agenda. I have no choice, but to declare Chapter 7 bankruptcy at this point. We have not taken a single new consumer client since March 1, 2015, and are bankrupt, but they are still putting this much time and money into us. That should tell everyone something about what is rotten in Florida.

Its pretty clear that beyond the national spotlight that Florida Attorney General Pam Bondi has brought upon herself with connections to “pay for play” schemes, that there is likely a pattern of others who cannot afford to play her games. Unfortunately, Veser and E-Racer Tech are at their wits end, trying to fight a machine with unlimited resources, time, and a rule book written in their favor.

It seems like its time to not only hold accountable, those who seek national office, but those who seek any office at any level. And in this case, the situations, both nationally and locally with Attorney General Pam Bondi, deserve the utmost scrutiny. 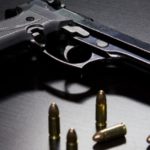