On July 5th, 2016, 240 years and one day later, FBI Director James Comey decided that this should not be the case.

In a press statement, Comey said while Hillary Clinton was Secretary of State, she used a private server to handle classified information. He acknowledged this was careless and unsafe. Comey said anyone in Clinton’s office should have known this is not permitted. He said hostile actors may have gained access to the email account.

But Comey then stated he would recommend the Department of Justice not bring charges against Clinton.

Previous prosecutions of similar cases either dealt with intentional mishandling of classified information, vast quantities of materials exposed, an indication of disloyalty or an indication of efforts to obstruct justice, Comey said.

But even if we are to concede that her case is slightly different, it does not change that she broke the law. She has clearly violated 18 U.S. Code § 1924, which states that someone who “knowingly removes [classified] documents or materials without authority and with the intent to retain such documents or materials at an unauthorized location shall be fined under this title or imprisoned for not more than one year, or both.”

But Comey does elaborate: “To be clear, this is not to suggest that in similar circumstances, a person who engaged in this activity would face no consequences. To the contrary, those individuals are often subject to security or administrative sanctions. But that is not what we are deciding now.”

But, that’s OK. Comey goes on to assure us no outside influence affected the FBI’s decision. We can trust the government. Can’t we?

Comey made it clear that if someone else mishandled the information, the FBI may have acted differently. He made it clear that Clinton should have been aware that the information was classified and that she was not allowed to send the emails on her private email account. And these actions are in violation of the law, and they would go punished if Hillary Clinton was not the perpetrator.

Comey’s statements undermine the FBI’s dedication to the rule of law. If the DOJ goes along with it, the Justice Department will show that it does not apply the law equally to all persons. It puts Clinton above the law.

Frederic Bastiat writes in his masterpiece, The Law, that “the law is the organization of the natural right of lawful defense. It is the substitution of a common force for individual forces. And this common force is to do only what the individual forces have a natural and lawful right to do: to protect persons, liberties, and properties; to maintain the right of each, and to cause justice to reign over us all.”

“Law is justice,” Bastiat writes over and over again. The natural act of man is to want to right a wrong that has been done to him. The law is not something the government can decide to enforce or to not enforce. The government is not meant to arbitrarily make laws and then hold certain individuals accountable. Instead, the government is supposed to enforce the natural law in order to maintain a just society. Else, it perverts what law is.

But when a government decides to arbitrarily make decisions, or it arbitrarily enforces what it says is the law, it undermines the validity of the government’s interpretation of law.

John Locke argues in his Second Treatise of Government that man is naturally born in a state of equality. No one person is above another person by birth. By Locke’s observation, we can see that putting anyone in a position where they are treated differently under law would be treating people as unequals. That would be to subvert the laws of nature and to subvert law itself.

Basically, if law goes against the state of nature, such as laws that treat people differently, it ceases to be law. By holding Hillary Clinton to a different standard than other people, the American government is not only breaking its own laws, but subverting the concept of law in its entirety – it’s lawlessness.

Following the writings of Locke and Aquinas, the Declaration of Independence states that “all men are created equal.” Granted, the United States did not start off by following this standard by its treatment of black Americans, but it laid the groundwork for the rule of law in the country.

The Fourteenth Amendment enhanced the American treatment of this teaching by stating that no state shall “deny to any person within its jurisdiction the equal protection of the laws” and the protection extended to all Americans.

Equality under the law was a long process, but including the country’s leadership under the scope of the law is something on which this country was founded.

In one day, the FBI director is trying to reverse the understanding of law by modern democracies and republics. These beliefs about equality under the law are grounded in the amendments of the United States Constitution and embedded in the Declaration of Independence. They were some of the main reasons the United States seceded from Great Britain. To throw all of this out the window the day after we celebrate our independence is a disgrace to our founding fathers and to the philosophers of law who inspired them. It is a disgrace to God who laid down these laws in our nature and it is a disgrace to the country that was founded on enforcing them. 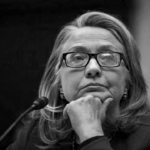 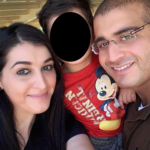