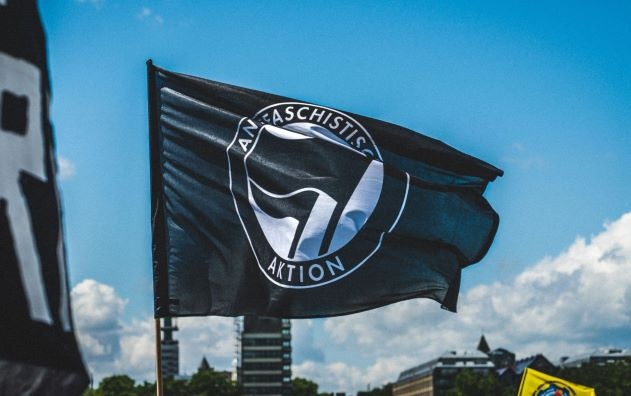 Federal agents, dressed in military garb are firing tear gas and flash bangs while arresting protesters and rioters in Portland, Oregon. If this were Obama’s America, the right would be outraged. In Trump’s America, the “Don’t Tread on Me” crowd says, “yeah, serves ‘em right.”

For years, right-wing fever swamps warned about FEMA Camps, Operation Jade Helm and NOAA purchasing ammunition. Now that their guy is in office, it’s just so great that we have a federal, paramilitary force on the streets of a major American city.

All of this feeds into the Marxist and Anarchist victim complex, justifying their rioting in Portland as righteous revolt against a fascist police state. It drives Americans to make a choice between two equally odious options: anarchy or a police state.

If we choose either one, we lose the liberty that our institutions are meant to protect. At that point, it doesn’t really matter which one we chose, because the results will largely be the same. Authoritarianism will win and Liberalism—in the broad sense of the American Liberal Democratic Tradition that our Founding Fathers handed down to us—will lose.

In the interest of fairness, let’s run through the justifications for federal action. These agents don’t need to wear identification because they run the risk of being doxxed. Unmarked vehicles are perfectly normal, even for your local police department. Arresting officers don’t need to justify arrests to a crowd. That can wait until the suspected rioter has been moved to a more secure location. Federal buildings are being attacked, and the federal government has an interest in protecting them.

Officers not wearing identification creates serious problems for both the government and civilians. No-knock raids get innocent police officers and civilians killed because officers do not identify themselves. Citizens believe the officers are criminal intruders and reach for their guns in self-defense. Not surprisingly, criminals actually do pretend to be police when invading homes after dark. Saying, “of course we’re real federal agents. Trust us,” just doesn’t cut it—not with rightwing militiamen like the Boogaloos and Proud Boys salivating over the possibility of brutalizing leftwing anarchists.

The same goes for unmarked cars. If all you need to kidnap somebody off the streets is camo, a gun and a Dodge minivan, then expect those not working for the Federal Government to try this one weird trick for disappearing your enemies. Yes, police officers do use unmarked cars, but they also show their badges before issuing a ticket rather than brandishing their weapons and demanding you go with them.

As far as whether police should justify these arrests to the crowd—no, they don’t need to stand around a drum circle with rioters and debate the case while passing a joint. Going back to the problems with no-knock raids, though, flashing a badge and announcing the agency and cause of arrest would go a long way towards ensuring security. We do not want to normalize anonymous federal agents from unknown agencies snatching American citizens off the street and taking them to God knows where.

We can be happy that these suspected rioters were ultimately released, but what about next time and the time after that? If you and the people around you do not know who is arresting you or where they are taking you, what should they tell your family? “Sorry about Connor. He’s somewhere. Don’t worry, though. I’m sure whoever took him will let him make a phone call soon.” What happens if something goes wrong while the suspect is in custody?

When we normalize federal law enforcement taking citizens off the street, we chip away at the layers of civilization that hold our society together. We can say that unmarked cars and anonymous federal police are justified, but “justified” is a low bar. It just means you followed the rules and what you did is not technically an infraction. What holds our nation together is not that our officials meet the bare minimums by obeying the letter of the law or even the Constitution, but rather that we abide by a large patchwork of norms that reinforces and upholds the spirit of the law.

With all this in mind, federal buildings being attacked does not mean that a federal response is required. When rioters spray paint or even set fire to buildings, local authorities can and should handle the situation. If the situation gets out of control? Too bad. Oregon isn’t seceding from the Union. Portland isn’t Fort Sumter. Unless the president wants to declare an insurrection and send in the real military, he should refrain from deploying poorly trained paramilitaries onto the streets of the United States.

Perhaps that’s unfair to the Federal Agents being deployed in Portland. This has never happened before in the United States. I’m sure BORTAC will get plenty of practice when they’re deployed in St. Louis, Chicago and Minneapolis. If the learning curve is still too steep, we can look to our southern neighbors for examples of how a federal police force can defend our liberties.

Sarcasm aside, in Mussolini’s Italy, Liberals were told they had to choose fascism or communism. These Anarchists rioters and rightwing populists cheering on the president want to force you to make the same choice. Donald Trump just wants you to see what a tough guy he is in standing up to Portland’s Anarchist mobs. Don’t fall for it. By letting Portland burn, we can allow Portland to be an object lesson in the failure of authoritarian Marxist Anarchism .

If, on the other hand, we support the federal government’s actions in Portland, we erode the line dividing police from military. Our Founding Fathers feared standing armies not because they wanted part-time volunteers fighting our wars, but because they feared that a standing army would become an occupying force in its own nation. The Redcoats acted as an oppressive national police force. Our Constitution was designed to prevent that from happening.

Thankfully, the principle of civilian control prevents our military from becoming dictatorial. Even when insurrections have been declared in the past, the status quo was quickly restored. What is normal, though, for these paramilitary groups?

Civil Libertarians have warned for the past generation about the militarization of police. Historically, we kept police and soldiers separate because the government is not and should not be at war with its own citizens. Now we are introducing groups of federal agents who are neither soldiers nor police officers. The mission of police is to serve and protect. The mission of the military is, as the saying goes, “to kill people and break things.” The mission of these paramilitaries is whatever the Department of Homeland Security says it is.

We do not need to impute bad motives to the president, his supporters or even their opponents. The fascists and communists of the early 20th century were truly evil people who nonetheless were steeped in Nietzsche, Marx and Hegel. Our modern authoritarians are steeped in the psychological spin cycle of the internet and 24/7 cable news.

Burning Portland does not justify burning our Constitution or our Liberal Democratic Tradition. Our police are not military. Our military are not police. If a federal response is absolutely necessary, declare an insurrection and then send our troops home. We must not let Marxist Anarchists dictate the terms of debate and maneuver us into a false choice. We must not allow our president to undermine our traditions for the sake of short-term political gain. In this chaos, Liberalism can and must lead the way. 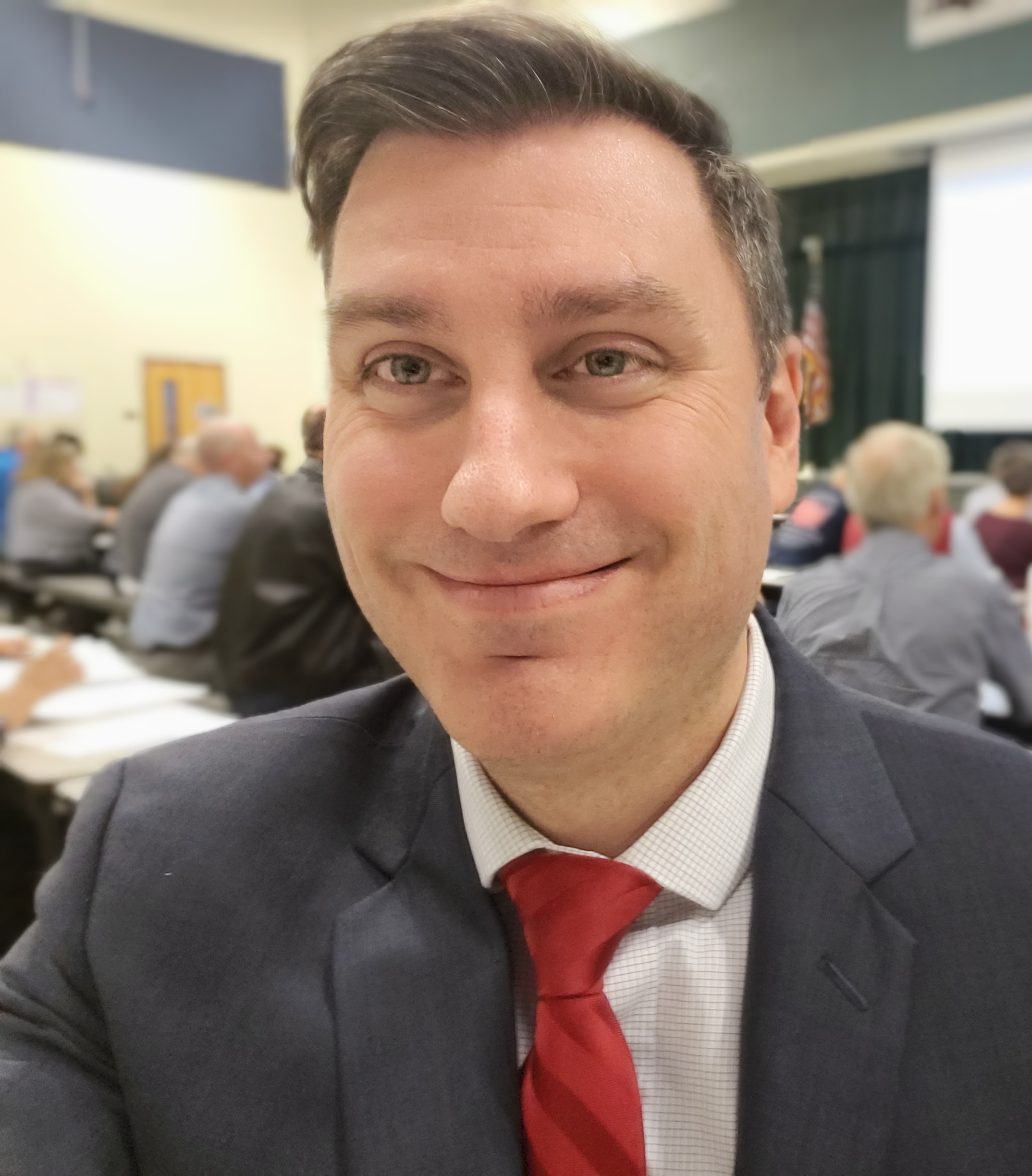 Peter Mains is a political consultant and technology entrepreneur. He has run a number of political campaigns for local and state offices in Arizona and Virginia. In 2016, he was elected an Arizona Republican National Delegate for Ted Cruz.