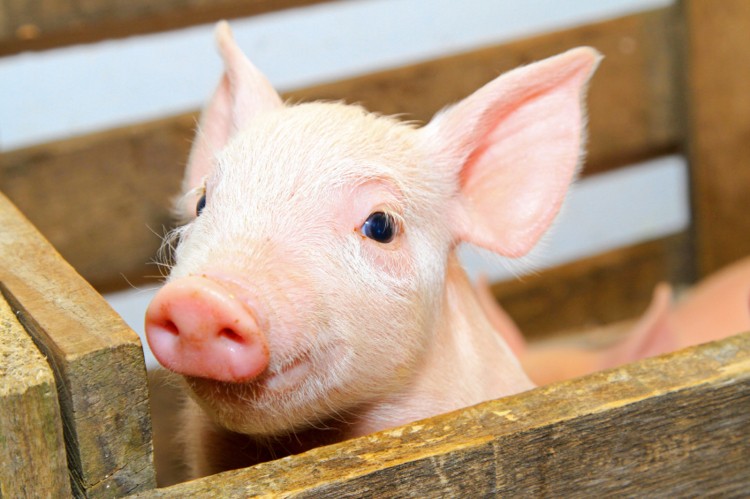 A horde of 200 vegans stormed a farm in Lincolnshire, England, to protest animal cruelty but crushed two piglets in their stampede, according to the farmer.

Farmer Sylvia Hook said the mob of vegans from the “Meat the Victims” group distressed her animals while storming Sandilands Farm and, in their rush to cuddle newborn piglets, stomped two of them to death. The crowd reportedly damaged farm property, frightened Hook’s family, caused injury to two other animals, and sowed chaos by cuddling piglets that did not want to be held and placing them in the wrong pens with the wrong sows.

“About 50 of them all piled into a farrowing house, immediately the sows are jumping up and down,” Hook said, according to The Telegraph. “It’s caused the death of two young piglets through being squashed and two other piglets I’ve had to be taken away to get up and running again.”

“The sows were very stressed initially with all the noise and the commotion, jumping up and down, squashing piglets, causing general havoc. They were picking piglets up, cuddling them – there was a lot of screaming going on. Piglets don’t want to be cuddled. Then unfortunately, they were putting the piglets back in the wrong pens,” Hook added.

The vegans also reportedly prevented farm hands from feeding the animals and caring for them.

“Because it was such a long period of time we were not able to fulfill our caring duties to the animals. We could not get in to feed them as our barrow is the width of the passage,” Hook said.

Police monitored the protest at the farm to ensure that it remained peaceful. They made no arrests.

Meat the Victims reportedly denied Hooks’ allegations, saying that they neither harmed nor stressed the animals.

A Meat the Victims protester identified only as “Earthling Ed” asserted that farms are evil, saying “Farms are prisons for the innocent. They are death factories.”Follow Joshua on TwitterSend tips to [email protected].Click here for reuse options!
Copyright 2019 Daily Caller News Foundation