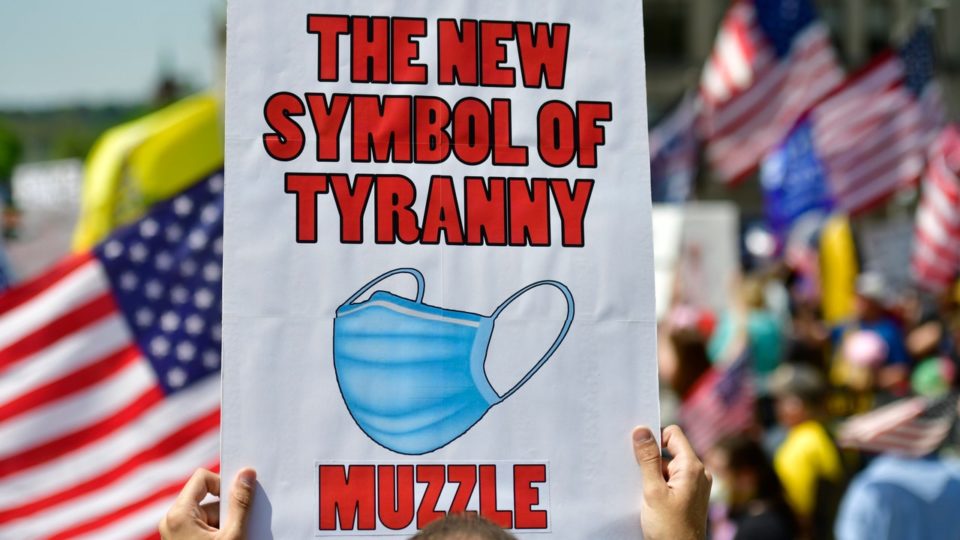 Cards offering an “exemption” from wearing face masks are bogus, according to federal officials.

The Department of Justice (DOJ) did not approve or distribute the cards, according to U.S. Attorney Matthew G.T. Martin of the Middle District of North Carolina said in a June 25 statement. “These cards do not carry the force of law. The ‘Freedom to Breathe Agency,’ or ‘FTBA,’ is not a government agency,” Martin said.

Martin’s statement did not mention legal consequences for the group, according to the DOJ press release.

“Face mask does not protect you from a vicious pathogen,” Lenka Koloma, founder of the Freedom To Breathe Agency, said on her website. “Wearing cheap face mask and/or cloth bandana will not stop transmission of a pathogen. Wearing a mask is a part of subliminal mind conditioning.”

Koloma posted an ad for the cards on her page, which Facebook flagged as “false information checked by independent fact-checkers.” The cards were sold on a Shopify page, which was nonexistent as of Sunday afternoon, the Times reported.

The group’s communications team claimed the cards were made to be used as “an educational tool” to advise people of “their legal and human rights so they can stand up to the unlawful, unscientific and unconstitutional mandates,” the Times reported.

The cards displayed a red, white and blue eagle alongside a DOJ logo and were sold in quantities of 500 for $49.99 on the group’s Wix website, the Times reported.

In a video posted to her website, Koloma said to tell store employees policing face masks, “you have to tell them is that because of this condition, that they are not licensed medical professional and to be the person to be giving medical advice for what you should be doing with your body, and especially since this facemask is negatively affecting your respiratory system, your neurological system and your immune system…that they are basically practicing medicine without a license which is an offense punishable by law.”

Koloma identifies as an immigrant, “an entrepreneur, health transformation leader and international best selling author,” according to her Facebook page, where she is listed as a motivational speaker.

At the bottom of her website, a statement says Koloma “is not a medical doctor and the contents of this website or any other media are for informational purposes only. The information provided does not constitute medical advice. It is not intended to substitute any professional medical advice, diagnosis or treatment.”

Koloma did not respond to the Daily Caller News Foundation’s request for comment.

Catholics Attacked By BLM At Prayer Event at Statue of St. Louis [VIDEO]