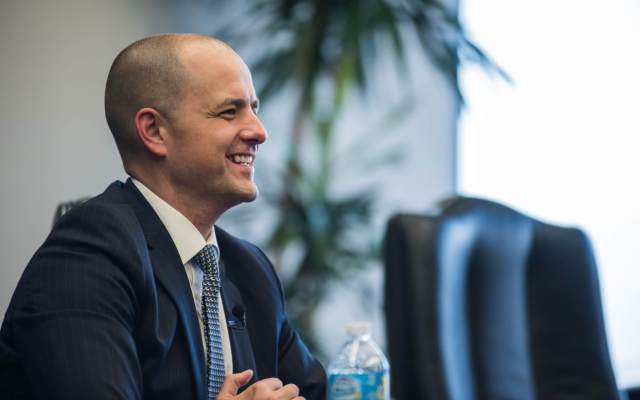 Former independent presidential candidate Evan McMullin spoke with advisers to evaluate his options in regards to a senate run in Utah, with shot at victory suddenly seeming more likely than before.

Earlier on Wednesday, House Oversight Chair Rep. Jason Chaffetz (R-Utah) announced he will not seek re-election to the House when his term ends in 2018, news that evidently has McMullin licking his chops, reports the Independent Journal Review (IJR).

McMullin has previously indicated his intention to mount a potential bid against either Chaffetz or Senate Pro Tem Orrin Hatch (R-Utah) in 2018, but his odds for a primary victory against either of the GOP heavyweights were slim, said IJR.

The news drastically changes the situation for McMullin, said IJR. When asked how Chaffetz’s plans will affect McMullin’s bid, the individual — having just spoken to McMullin after seeing the news — assessed the situation:

“It is a different race. It’s primarying an incumbent versus an open seat.”

“Other people will come forward,” the source continued telling IJR. “I mean, Evan has the advantage of just having run a presidential race. There is a name recognition factor that is helpful.”

The source emphasized that “nothing’s predictable right now,” the individual indicated McMullin will be making a decision soon — but the time frame is up in the air.

“We got this news with everybody else,” the McMullin ally told IJR. “We did not know this was coming.”

Ossoff Only Earned 1.3 Percent More Than Clinton In Georgia’s 6th