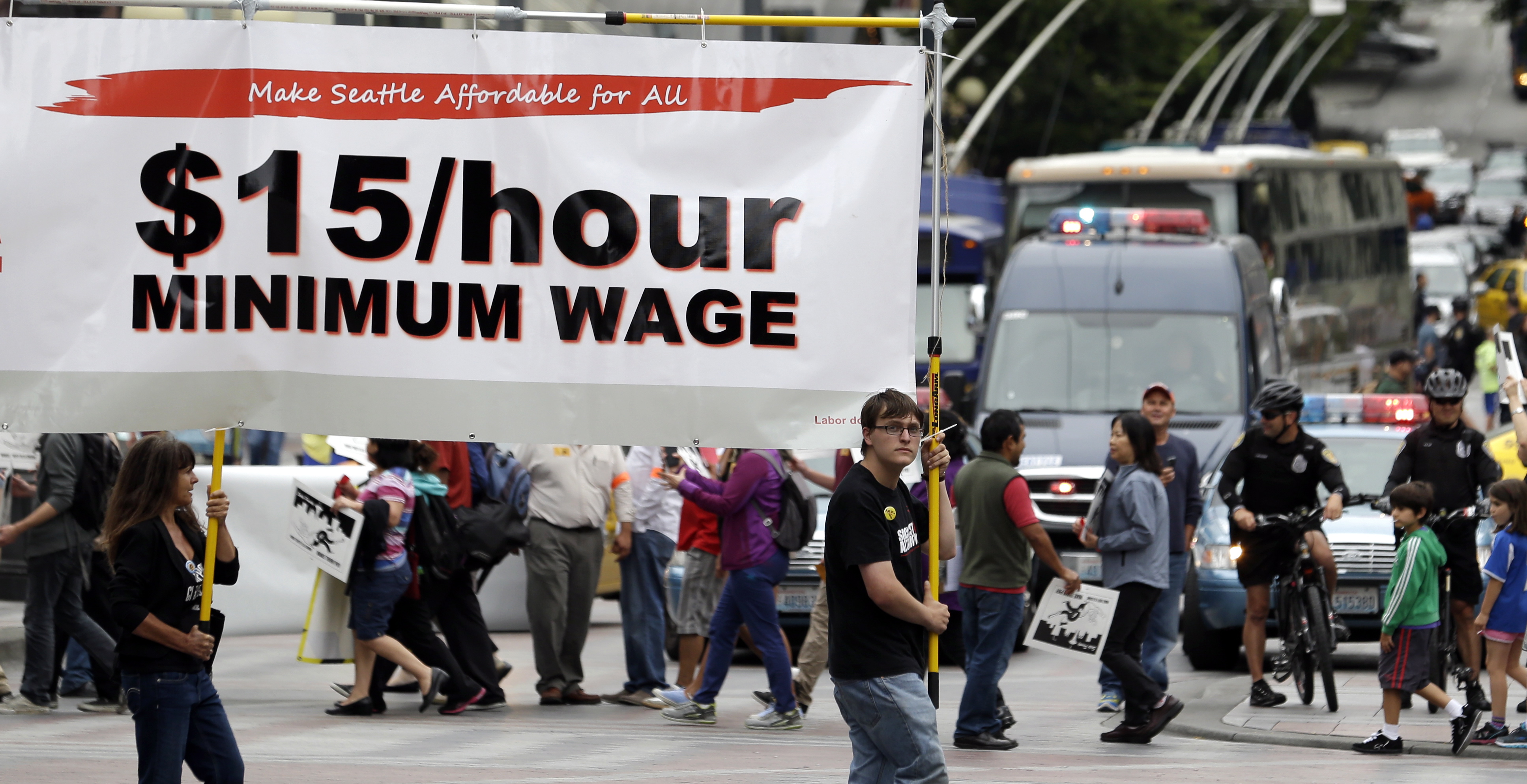 Many across the country are rejoicing at the news that California and New York have enacted a $15-per-hour minimum wage. When speaking colloquially, it is difficult to argue against the merits of the policy: in their minds, those who are worst-off are receiving a “raise” so that they and their families can live better lives.

Nonetheless, even California Governor Jerry Brown admits, “Economically, minimum wages may not make sense. But morally, socially, and politically they make every sense because it binds the community together to make sure parents can take care of their kids.” However, is this the truth of the effects of the minimum wage? As Milton Friedman famously noted, it is dangerous to judge a policy by its intentions rather than by its effects.

One of the first Supreme Court opinions on minimum wage came in 1923, with the Adkins v. Children’s Hospital decision.  In that Case, the Court struck down a minimum wage law for women and children in Washington, DC, pointing to the freedom of contract (as identified by Lochner v. New York) as a central constitutional principle. Most notably, Justice Sutherland, in quite a feminist opinion for the time, noted that with the passage of the Nineteenth Amendment proved that women were no longer in need of special protections from government, and therefore deserved the right to contract.

However, just fourteen years later in West Coast Hotel Co. v. Parrish, the Court upheld a minimum wage law enacted by the state of Washington, stating that restrictions on liberty of contract were permissible if it “protected the community, health and safety, or vulnerable groups,” thereby reverting to the standard of Muller v. Oregon, wherein the Court had ruled in favor of regulation of women’s working hours.

These cases reveal the paternalistic nature of the minimum wage, somewhat alluding to the origins of the policy based in eugenics, as outlined by Jeffrey Tucker. To supplement the more malicious subtexts of minimum wage policy, Walter Williams has discussed the support of such regulations by racist white South African labor unions during the apartheid era as a way to harm black South Africans.

Federal legislation enforcing a $0.25/hr minimum wage was enacted in 1938 as part of the Fair Labor Standards Act, just one piece of President Roosevelt‘s expansive New Deal program. Since that time, the federal minimum wage has progressively risen to $7.25/hr, with many cities and states enacting higher rates.

More important than the intentions, the effects of minimum wage have been well-documented, showing that teenagers, black Americans and non-skilled workers are disproportionately harmed.

So many within these groups wish only to get a “foot in the door” in order to gain some valuable job experience. However, even the most benevolent store owner is unable to offer this at any less than the mandated wage. With this cost being imposed upon employers, they are directly incentivized to settle on the safest, most established labor options.

In addition, just as the most vulnerable workers are harmed, so too are the most at-risk small businesses. While larger companies like Walmart are able to cut workers and ever-so-slightly raise prices if necessary to absorb the costs of a minimum wage hike, smaller businesses face very tough decisions. These companies do not have the same luxuries in shifting numbers as do the larger stores. In this regard, minimum wage is no more than a protective regulation for big companies against blooming competitors, hence why some of the largest stores often support measures raising the wage.

Everytime that a minimum wage increase is proposed, it is often coupled with positive intentions by its grassroots supporters and hopeful outlooks by those it suggests that it will benefit. However, after looking over the numbers and facts, Americans should be skeptical of this policy’s benevolence.

New York And California Both Enact A $15 Minimum Wage