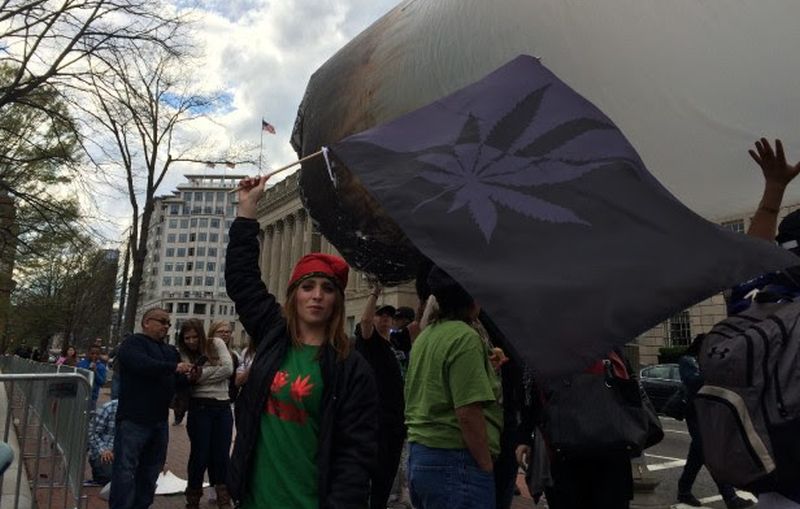 Marijuana advocates from across the country gathered outside the White House with a massive inflatable joint Saturday to urge President Barack Obama to make the drug legal.

The inflatable joint measured 51-feet long and stretched out across a crowd of protesters, bystanders and police. Secret Service agents and police officers patrolled the crowd but let the protest continue even as participants began smoking the drug. Law enforcement at first wouldn’t even let protesters near the White House, but the two sides eventually reached a compromise. 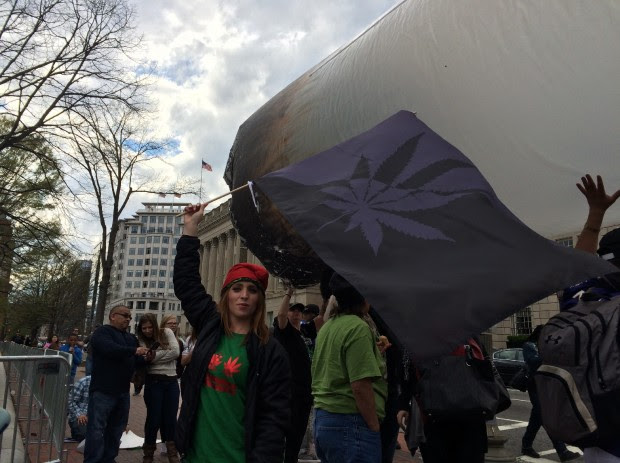 “They were kind of angry early, so who knows,” a protester, who identified herself as Netty, told The Daily Caller News Foundation. “They had us standing out there for a while, they wouldn’t let us come near the White House.”

Secret Service agents were most concerned about the giant inflatable joint. The protesters and agents eventually agreed the event could continue, but the inflatable joint couldn’t be directly in front of the White House and had to be pushed back. Protestor Keith Kerrigan helped facilitate the compromise on behalf of the weed advocates. 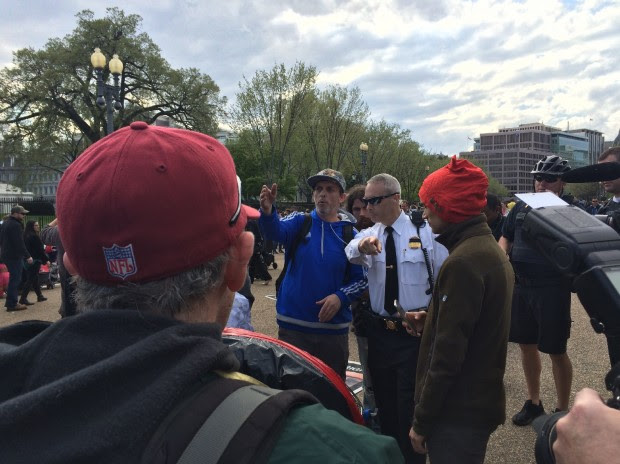 The federal government previously outlawed marijuana, but some regions in recent years have decided to legalize it. While federal law supersedes local law, there has not been much resistance against states that have enacted the policy. 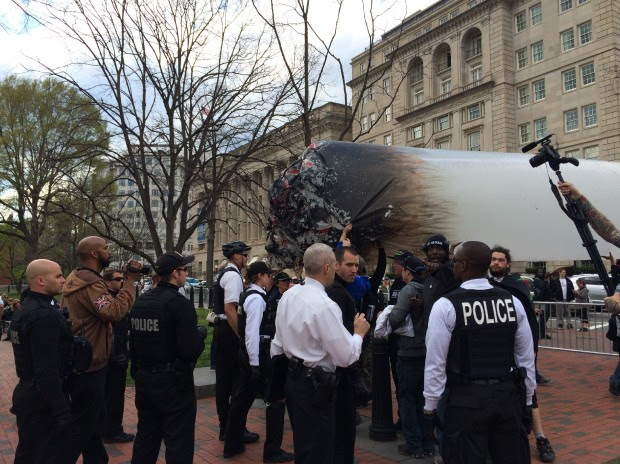 “I’m out here to encourage President Obama to reschedule marijuana away from schedule one,” Nathan Harrington said to TheDCNF. “I think anyone having experience with marijuana and being around the large portion of Americans who do it responsibly, those people that see that will understand it’s very different from those substances and it doesn’t really make much sense.” 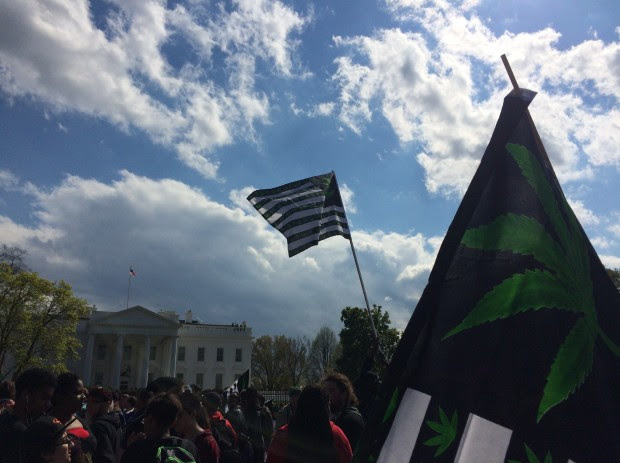 Marijuana has been designated as a Schedule I drug under current federal law. While many states have decriminalized the substance, including Washington, D.C., the federal law holds supremacy. In D.C., there is an ongoing battle between the City Council, Mayor Muriel Bowser and U.S. Congress, which controls funding packages for the District.

Congress will cut off funding for necessary government tasks in the city if the Council makes any attempt at regulating or taxing marijuana. This policy is boxing in city legislators, despite the legalization of marijuana a year ago through a ballot measure. Without the ability to tax or regulate it, there is no way to establish an economic marketplace, which leaves lingering legal gray areas under current law. (RELATED: DC’s Legalized Weed Is One-Year Old, And Crime Has Cratered)

Currently, the D.C. Council is reviewing proposals to make strides toward greater oversight of pot legalization in the District. Community business owners wish to open marijuana clubs and bars, but the lack of regulatory power prevents such enterprises. The Council may attempt to subvert congressional rules and control pot clubs through regulations on building codes and hours of operation. The Council is reviewing the plan’s viability and marijuana clubs could be seen in the nation’s capital as early as 2017. (RELATED: DC Council Considers Marijuana Clubs) 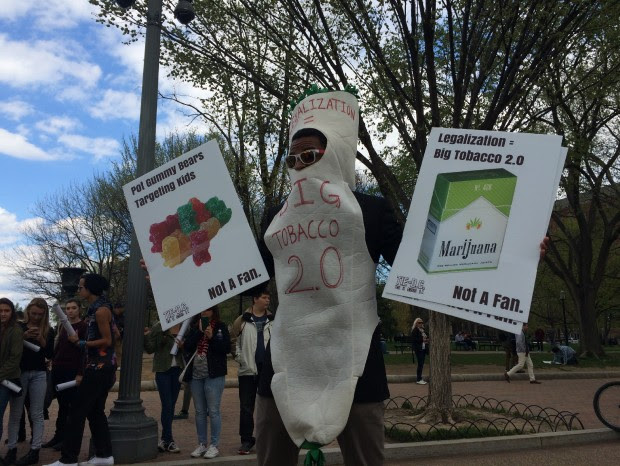 Amsterdam added that though it should be legal for recreational use, it could also be beneficial for medicinal purposes or even for veterans suffering from Post-traumatic Stress Disorder (PTSD). “While President Obama may have inherited failed drug policies, he also has an obligation to address these failures in a meaningful and responsible way,” Adam Eidinger, founder of DCMJ, which organized the event, said in a press release.  “As we approach the twilight of his administration, we are calling on President Obama to take immediate action before it is too late. President Obama’s overall apathy on the issue only enables countless men of color and others to be needlessly incarnated, medical research to be placed on hold for no good reason and the classification of cannabis as a Schedule I drug to carelessly continue.” 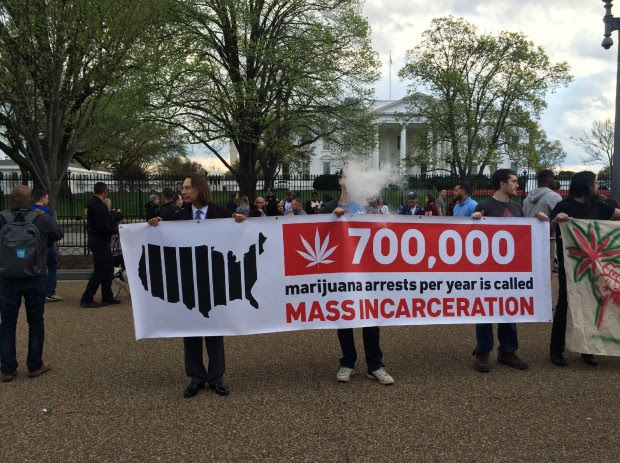 Organizers of the event were adamant in their disappointment with Obama’s lack of action on the issue of marijuana legalization. Activists cite the high incarceration rate for non-violent drug offenses as a key area of concern that needs immediate reform. 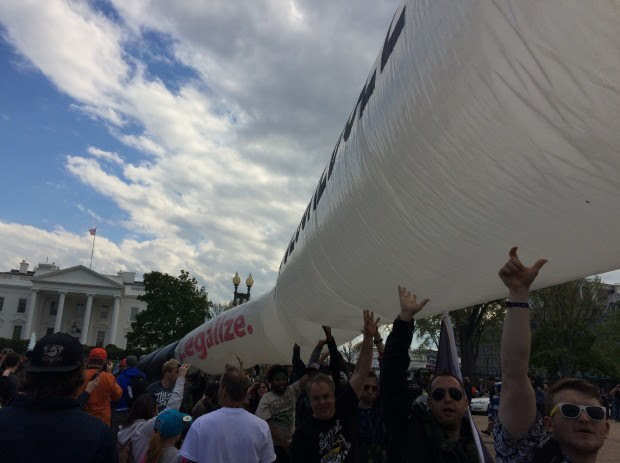 “The real crime here is the president’s inaction and frankly, the American people deserve — and thought they elected — better,” Eidinger said. “These injustices must stop now before more lives are ruined and the immoral imprisonment for cannabis-related crimes continues.”

Environmentalist Wonders If It’s Immoral To Have Kids

What Do You Fear the Most?