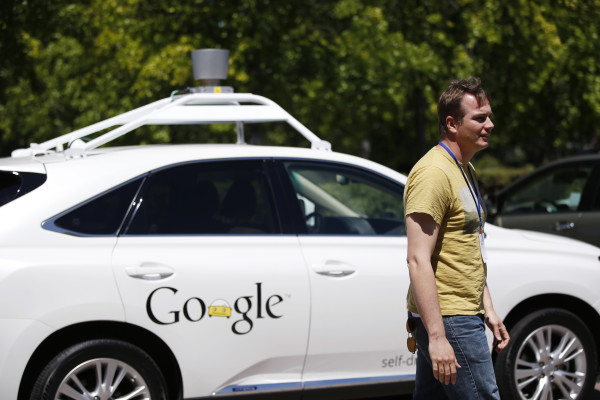 Since the birth of the automobile, over 3.5 million people have died in-car accidents. While staggering, this statistic doesn’t even take into account the economic ramifications of car accidents. The lifetime costs of crash-related deaths and injuries among drivers and passengers totaled $70 billion in 2005.

The rational fear of car accidents is compounded by the fear of being pulled over by police. Law enforcement budgets receive a major chunk of their revenue from issuing speeding citations and searching vehicles for drugs and large amounts of cash they can seize. What if there were a way to eliminate the overwhelming cons of driving while simultaneously reducing the state’s power? Driverless cars propose to do just that, but skeptics understandably have a few reservations.

Google’s driverless cars have covered 700,000 miles on public roads and have never received a ticket. Even if these cars were to be pulled over, Google insists they should get the citation.

Ron Medford is the safety director for Google’s self-driving car program, and used to be the deputy administrator of the National Highway Traffic Safety Administration. As such, he can understand the California DMV’s dilemma in determining how the new driving laws should work. “What we’ve been saying to the folks in the DMV, even in public session, for unmanned vehicles, we think the ticket should go to the company. Because the decisions are not being made by the individual,” Medford said.

Of course, this type of thought has led to all manner of philosophical debate. Ultimately, the DMV’s concerns with self-driving cars primarily deal with semantics regarding which entity will take responsibility if a law is broken. This is a key point because state and local governments rely on this source of income when their funds are low, issuing more tickets following a drop in local government revenue.

Imagine a world where the police would actually be forced to reduce their numbers due to budget cuts! Not only that, but they’d be forced to pursue actual criminal activity instead of preying on people over arbitrary infractions. If you’re a libertarian and that doesn’t make your heart race, I don’t know what will. As one redditor quipped, “Automated car companies can hire traffic cops to clean cars once they lose their jobs. Win-win!”

Others are less hopeful that this will be the case, and insist local government will find a way to get theirs by making new laws or fines regarding the roads. Driverless cars would also make insurance companies, public transport, shipping, and taxis obsolete, but ultimately the free hand of the market should dictate how the future pans out.

For those still hesitant on fully surrendering autonomy to a robot, Tesla CEO Elon Musk has a terrific solution. Tesla’s self-driving car allows the auto-pilot to be disengaged, letting your car drive you when you’re sleepy, but giving you control if you’re running late or feel the urge to go mudding.

California just approved these cars for the road by 2015, so we’ll soon see how these cars will drive the future.