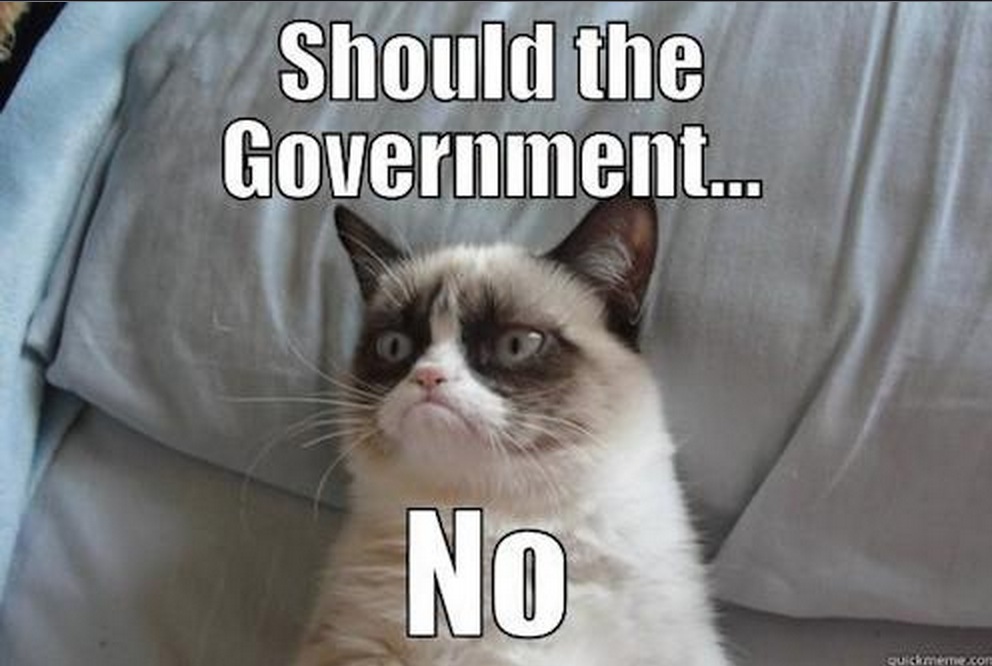 Pets have become universally a part of American households. There are over 74 million cats and 70 million dogs in American homes today. And quite often one gets the question: “are you a cat or dog person?”. Why is that? Is there such a big difference between the two? And if so – what would those traits include? Perhaps it has something to do with the difference in personalities?

Ok, so what does it mean to be a dog? Friendly, perhaps a bit naive, loving no matter what, always there when you call it, ready to comply to any command given and easy to train could perhaps be a qualifying description.

What about the cat? Well, you could release a cat and let it do as it well pleases during the night. It usually returns when it feels like it. You could of course try to call the cat to you like the dog, but that usually only works when food and petting is involved and they feel like it. Besides that? Hah! Fat chance! It’s generally more independent and behaves more like a ruler than a serf.

But why not let them get a chance to tell us what they think? How would a dog’s diary compare to a cats? Let’s refer to these authentic diaries from the Huffington Post.

Day 983 of My Captivity. My captors continue to taunt me with bizarre little dangling objects. They dine lavishly on fresh meat, while the other inmates and I are fed hash or some sort of dry nuggets. Although I make my contempt for the rations perfectly clear, I nevertheless must eat something in order to keep up my strength.

The only thing that keeps me going is my dream of escape. In an attempt to disgust them, I once again vomit on the carpet. Today I decapitated a mouse and dropped its headless body at their feet. I had hoped this would strike fear into their hearts, since it clearly demonstrates my capabilities. However, they merely made condescending comments about what a “good little hunter” I am. Bastards!

There was some sort of assembly of their accomplices tonight. I was placed in solitary confinement for the duration of the event. However, I could hear the noises and smell the food. I overheard that my confinement was due to the power of “allergies.” I must learn what this means, and how to use it to my advantage.

Today I was almost successful in an attempt to assassinate one of my tormentors by weaving around his feet as he was walking. I must try this again tomorrow, but at the top of the stairs.

I am convinced that the other prisoners here are flunkies and snitches. The dog receives special privileges. He is regularly released, and seems to be more than willing to return. He is obviously retarded. The bird must be an informant. I observe him communicate with the guards regularly. I am certain that he reports my every move. My captors have arranged protective custody for him in an elevated cell, so he is safe. For now … 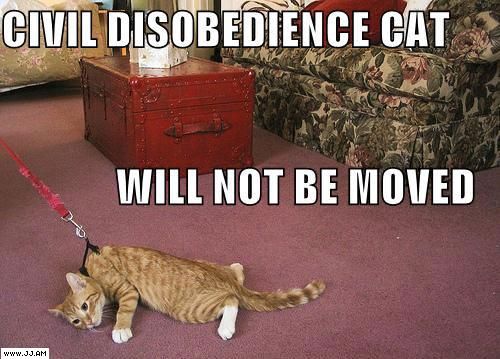 Ever notice how some of the behavior of statists is so similar to the complicit mindset that the dogs show? They are pack-animals with a focus on the collective. Concerned with a hierarchy and following the leader with blind trust. They are easily aggressive and skeptical towards something that is new and unfamiliar.

Cats on the other hand tend to be more curious, they can easily defend themselves but most often act on their own best interest and not anyone else’s. With this cat that heroically saved the boy being the exception. They are much more individualistic and set their own rules, and last but not least they are much more independent and are treated as such. They also are fierce defenders of themselves when attacked.

A dog accepts you as the boss… A cat wants to see your resume.

In the animal world the dogs are often referred to as “smarter” based on the fact that they are more easily trained and more often follow commands than cats. Even though you often read stories about cats disappearing and then returning months and even years later surviving on its own. As a libertarian, I’m guessing you can relate.

So perhaps in a way we can generalize and say that dogs are the liberals and neocons of the pet world while cats are the liberterians and anarchists. Myself, I like both cats and dogs and appreciate their differences. And I guess it is ok to have a statist under your roof – as long as you’re the king.
As if you needed more evidence, here we see libertarian cat refusing to pay taxes.

US Military To Send 3,000 Troops, 750 Pieces Of Armor To Eastern Europe