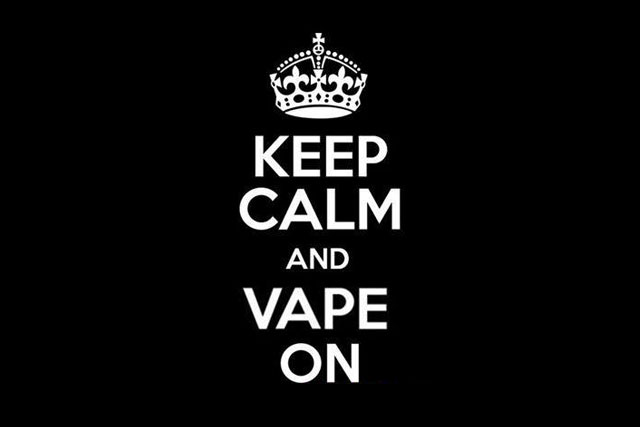 A researcher at the University of Louisville recently posted an update noting that a University of California San Francisco study has made irresponsible and inaccurate conclusions linking vaping to heart attacks. The study has been called out by dozens of credible researchers and medical professionals as inaccurate. The study, published by anti-smoking activist Dr. Stanton Glantz and Dr. Dharma Bhatta at the University of California, San Francisco, made the erroneous conclusion that switching to vaping from smoking increases the risk of heart attack. Drs. Glantz and Bhatta have been accused of fabricating data, and several medical professionals and researchers have called on the Journal of the American Heart Association to formally retract the study.

In fact, switching to vaping from smoking has been shown in countless studies to be much less harmful than cigarettes, since vaping does not contain the toxins and carcinogens that are found in combustible cigarettes. Furthermore, it has been shown by responsible researchers to be more effective as a smoking cessation tool than traditional cessation aids like patches or nicotine gum. The New England Journal of Medicine for example, describes a scientific study noting that “E-cigarettes were more effective for smoking cessation than nicotine-replacement therapy, when both products were accompanied by behavioral support.” Additional results showed that switching to e-cigarettes reduced respiratory infections, with case studies showing that study participants who had previously suffered from chronic throat and nose infections no longer suffered from it after switching to vaping.

A blog in Vapor Authority, the foremost online reseller of safe and responsible vaping juices and products, also discussed a public health statement from the American Cancer Society, acknowledging that many consumers are misinformed about vaping, or “electronic nicotine delivery systems” (ENDS). According to the ACS report, “Many believe, erroneously, that ENDS are as harmful as combustible tobacco.”  The report further reinforced the fact that ENDS do not burn tobacco. It is the burning of tobacco that yields over 7,000 chemicals and at least 70 carcinogens, which is why even the American Cancer Society today acknowledges that vaping is a much less harmful alternative to smoking.

Countless other studies support more positive conclusions about vaping, including a well-regarded study from the National Academy of Sciences, Engineering and Medicine, which concluded that e-cigarettes are less harmful than combustible tobacco. A statement from the FDA also suggested that vaping is an important tool for those who are trying to quit smoking, and flavored vape juices are an important part of that effort.

In the study, Drs. Glantz and Bhatta themselves admit the limitations of their research, noting, “…there were only 8 people who used e-cigarettes and had first myocardial infarctions during this follow-up, so there was not enough power to detect an effect.” Dr. Glantz, an anti-vaping activist, may want his conclusion to be true, but the data just does not support his contentions despite having disguised it in scientific language with insupportable conclusions.

The data simply does not show causation in any way, yet Drs. Glantz and Bhatta continue to insist on their results, and to date, the JAHA has not retracted the study. The most logical, and scientifically responsible, course of action would be to re-evaluate the data and analyze it after removing the results from people who had heart attacks before they began vaping. The good doctors refuse to do so, because a true and accurate analysis would not support their activist contentions.

When other researchers at the University of Louisville corrected the study to include only test subjects who started vaping before they had heart attacks, the results showed that those who vape are less likely to have had a heart attack, not more likely as is suggested by Drs. Glantz and Bhatta. It is clear that the findings of Glantz and Bhatta are invalid and their analysis unscientific and unsupported by the data. Glantz and Bhatta are operating as activists and not scientists, their conclusions are based on faulty data, and their research should be fully discounted and retracted from the publication.

4 Tips In Securing Your Wi-F