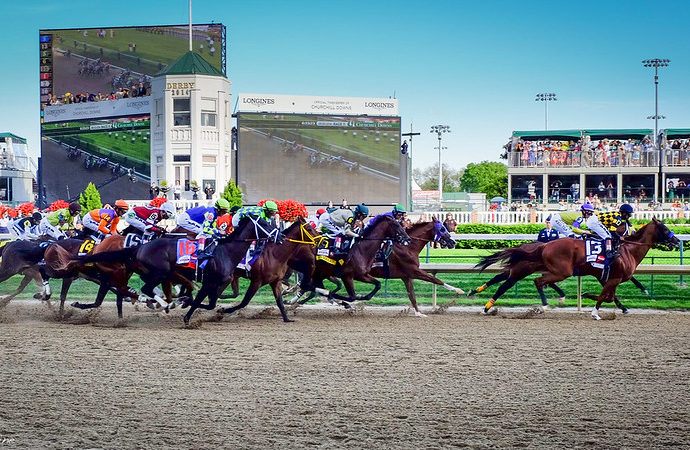 Horse racing is known for its prestige and reputation, but we often forget just how amazing the tracks are. Spectators are not only attending to watch the horses race, they are there to enjoy the glamour and elegance of the whole event, from the outfits to the race courses. There are so many picturesque venues that are host to this timeless sport, all over the world, from races at Cheltenham Festival in the UK to the Melbourne Cup in Australia.

Fancy a beautiful holiday in the Caribbean while having the opportunity to watch one of the most prestigious racing events… then The Sandy Lane Gold Cup should be your next destination to visit.

This race is the biggest sporting event on the island of Barbados, drawing spectators from all over the world. As well as the beautiful beaches, 5-star hotels and sunshine, the 8.95-furlong race is close to the capital and has seen top international horses and jockeys on the idyllic track throughout the years.

In 2020, the race will take place on the 7th of March at the Garrison Savannah racecourse.

The course is in the heart of the city, surrounded by historic architecture, dating back to 1349.

This is thought to be Asia’s best racecourse, seating 55,000 spectators. Happy Valley is in Hong Kong, with the breath-taking skyscrapers creating a wonderful backdrop. First built in 1845, the track was created for the British citizens of Hong Kong to race their horses and led to the sport becoming more and more popular with the Chinese residents, growing the sport in the country.

Races run throughout the year.

Over 300 years old, Ascot was created by Queen Anne back in 1711. The racecourse is located in Liverpool. England and is one of the most prestigious races in the world, with an annual spectatorship of 300,000 who go to watch the 18 group races, spread across the five days.

The royal family have been known to show interest in the event, with the Queen owing horses that compete and have previously won races in the event. This will take place from the 16th June – 20th June 2020. But, make sure you check the dress code before attending, they are very strict on keeping the excellence and elegance of the event intact year in, year out.

On the edge of Paris, the Chantilly racecourse is the host to several races throughout the racing season, most famous of them, the Prix du Jockey Club. This is a turf race track for flat racing, with a size of 65 hectares in the dominant horse training region of France, next to the Chantilly Forest.

This track is one of the oldest in Europe, standing since 1898 and was originally constructed next to the Great Stables, which is considered to be the most beautiful stable in the world, built in 1719 at 186-meters.