Democratic Primary Debate #9: Who Made the Grade? 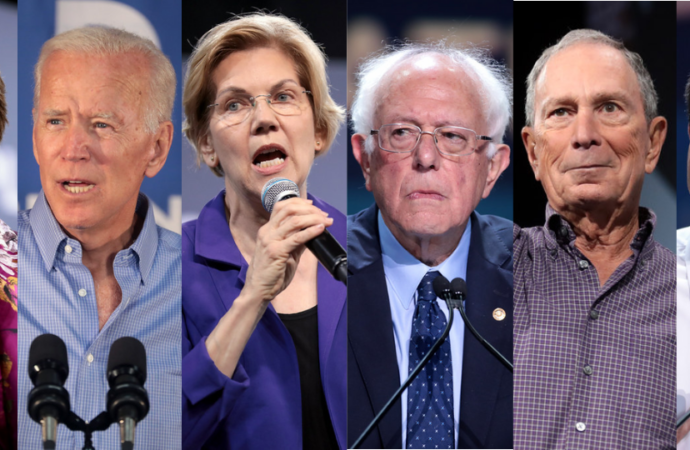 There was yet another Democratic Presidential Primary Debate last night in Nevada. Setting aside how objectively bad their policies are, let’s take a look at how each candidate did, and who needs to do some extra credit homework before taking to the national stage again in South Carolina on February 25th.

There may have been no better performance, especially one that was desperately needed, from any candidate last night than the Senator from Massachusetts. From the very beginning, Warren was part of the barrage of attacks on New York billionaire and first-time debate participant, Michael Bloomberg. Warren’s attacks on him for attempting to buy the primary, his past controversies of non-disclosure agreements in his company, and attacks on him making sexist and racist comments were all hammered on by Warren, consistently leaving Bloomberg at a loss for words many times during the debate. That along with her being given more speaking time than almost any candidate grades her with the best performance of the night which she needed after an unimpressive showing in Iowa, New Hampshire, and recent polls.

Pete is steady. It seems in every debate he has participated in, viewers are consistently surprised with how well-spoken, intelligent, and professional he comes off while being the youngest candidate on stage every time. Pete did come off that way this time as well, only this time he went after Minnesota senator Amy Klobuchar more than any other candidate. Instead of concentrating on front-runner Bernie Sanders other than a few shots, his bouts with Klobuchar often lasted for two or three minutes at a time, and were nothing short of borderline personal attacks being thrown back and forth at each other. This did not look great for the Mayor, as he came off almost arrogant and “know-it-all” at times. He still had a decent performance overall.

The senator from Vermont’s usual tactics of promoting the policies of Democratic Socialism, bashing the wealthy top one percent of the country, and the unity message of “We all want to beat Donald Trump” were again the mantras he stuck with throughout this debate. Sanders controlled most of the narrative the entire night, with the debate between the proclaimed democratic centrism of candidates like Klobuchar, Biden, Buttigieg, and even Bloomberg, and the further left candidates like Warren and Sanders. This is because of his political philosophy, consistently controlling the story of these debates, as well as now being the frontrunner. Sanders did not have any especially notable moments besides the piling on of Bloomberg throughout the debate. He also did not have any bad moments either, besides Bloomberg calling him the most known socialist in the country who is also a millionaire who owns three houses. This was one of Bloomberg’s only good moments, however, and Sanders continues his frontrunner status.

By Joe Biden debate standards, he had a decent night. For those who have been paying attention to the recent debates, the former Vice President has not exactly came off as the sharpest tool in the shed, and has often come off rambling. Not to say that this debate did not have its own share of rambling from Joe, but he did come off as energetic, which has also been a consistent criticism. Now that Biden has dropped in the polls, often trailing Bernie Sanders in states like Nevada and South Carolina, he needs to have a sudden surge to even have a shot at staying in this race, let alone winning it. However, Biden also did not have any standout moments like other candidates did. Even though he didn’t really hurt himself like he has in prior debates, he didn’t really help himself either.

After a strong performance in the last debate before the New Hampshire primary that spurred momentum in her campaign, some thought Klobuchar might carry that to this debate and possibly on to states like Nevada and South Carolina. However, that did not seem to be the case. The senator from Minnesota at times came off very flustered and frustrated, especially in her exchanges with former South Bend Mayor Pete Buttigieg. At one time, Klobuchar actually accused Pete of being arrogant and making smart-alec remarks such as “I wish everyone was as perfect as you”. Amy needed moments, and she got them, but probably not in the way many of her supporters wanted.

Any debate viewer could tell that this was Michael Bloomberg’s first primary debate – and boy, did it show. Even though Bloomberg had a couple of decent moments and responses to attacks on him later on, the first thirty minutes of the debate were a consistent onslaught of accurate attacks on Bloomberg’s past controversies of stop-and-frisk, comments on women, non-disclosure agreements in his company, and him not even being anything but a convenient democrat that, in the past, supported Republicans like George W. Bush. Other candidates like Warren, Biden, Sanders, and even Buttigieg, rallied around the opportunity to call out Bloomberg. The entire first phase of the debate was mostly about him and the negative aura of money in politics. He improved his performance throughout the night, but the beginning of the debate was absolutely brutal.

Overall, it does not seem as if this debate will change many voters’ minds. Perhaps Warren might see a slight increase in polls from her performance and Bloomberg might see a slight slip, but even those are far reaches with there being another debate in South Carolina just five days from now. We will soon see whether this debate has any impact on the next  upcoming debate, or the primary in Nevada on Saturday.