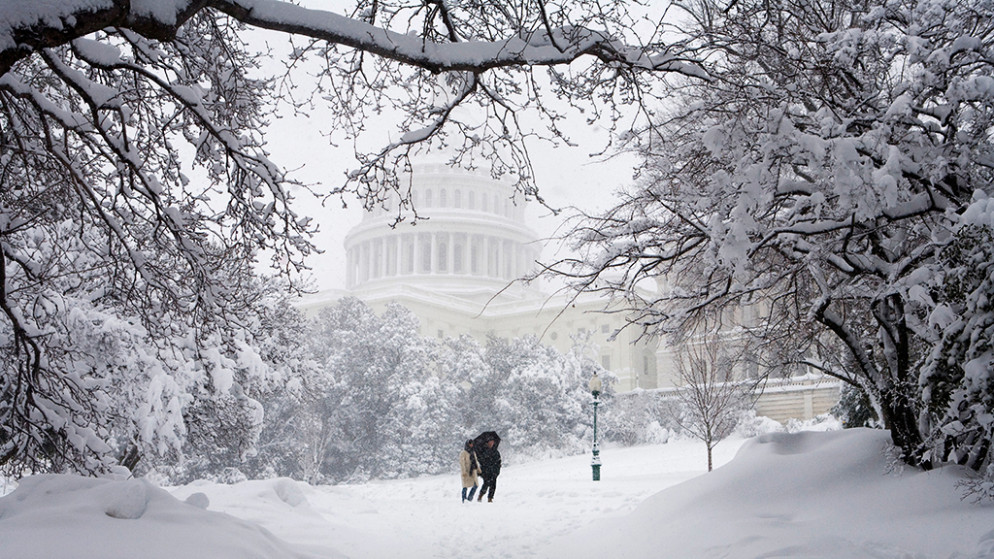 Washington, D.C., is buried in debt after going nearly nine times over budget on snowfall removal and charging half of the payments on city credit cards.

Despite allocating just $6.2 million for annual snow cleanup the District spent $55 million in the wake of January’s record setting blizzard. The city hired outside contractors from Boston to Florida and paid for nearly half of the expenses on credit cards to expedite the process.

The spending prompted JP Morgan to cut off the city’s access to credit until payments were made. D.C. shattered the record for largest payments on city credit cards with 67 charges over $100,000 each. The city’s credit balance rose to 20 times it’s usual levels, according to The Washington Post.

JP Morgan restored the District’s credit within 24 hours after reaching a temporary agreement with city officials. Mayor Muriel Bowser argued her administration had no choice in order to ensure a quick cleanup effort.

“The mayor has the ability to deploy resources as needed in an emergency, and using credit cards was the fastest way to pay vendors for their services,” Michael Czin, communications director for the mayor told The Washington Post. “Our priority was on getting contractors down here in a timely manner, and it was also important we continue to pay them in a timely manner so that it doesn’t impact our ability in the future to hire as needed.”

The D.C. Council must approve contract payments exceeding $1 million, which has stalled efforts to wipe the debts. The Council approved $10.2 million Tuesday, but will not revisit further repayments until June, according NBC4. The city will also receive roughly $30 million in disaster relief funds from the federal government.

City officials are quick to downplay the significance of having their credit briefly shut-off, arguing the record snowfall, which exceeded two-feet in some parts of the city, forced their spending.

“We had a storm of epic proportions,” Rashad Young, D.C.’s city administrator told NBC4. “We made the decision to be as quick as possible in paying our vendors. That was less than 24 hours, a non-issue from our business operations.”

Some Council members are now arguing the city expand their annual budget and keep cleanup crews on retainer for when a big storm hits. The majority appear hesitant to allocate more funds, arguing the money would largely go unspent due to the rarity of storms like January’s blizzard.

Refugees Protest Australia’s Asylum Laws By Setting Themselves on Fire