“The nine most terrifying words in the English language are: I’m from the government and I’m here to help.” -Ronald Reagan

“I’m a drug dealer?! No, you’re the f******g drug dealer,” Spits Ron Woodruff to a DEA crony at a Town Hall meeting. If it were anyone else, this would sound like a cliched anti-government statement uttered by someone in a punk rock band with a mohawk, sporting a 30 dollar anarchist backpack from Hot Topic.

But it is Ron Woodruff, a man diagnosed with HIV and AIDS, who saw how poorly the AIDS crisis was being handled by medical professionals and took matters into his own hands.

His story is told in the 2013 film “Dallas Buyers Club.” It is the most libertarian minded film I’ve seen.

Dallas Buyers Club checks boxes: It’s a true story. It’s about the AIDS crisis. It’s about personal responsibility and self-actualization. It’s about accepting the LGBTQ community, It’s about freedom and property rights. But mostly it’s about the fundamental hypocrisy of a government that’s too big and too bloated to act efficiently regarding a health crisis, and its desire to punish anyone who thinks or acts outside the box.

The story: Bob Woodruff, after years of hard partying, drug use, and unprotected hanky panky, is diagnosed with HIV and AIDS and given 30 days to live. At the time, AIDS and HIV were associated primarily with the homosexual community – thus the prevailing theory was if you had the disease, you were likely a homosexual. And on the list of things that didn’t fly particularly well in 1980’s Texas, being a homosexual was at the top of that list. Woodruff loses his friends, his job, and his self respect – and is ostracized.

After some research and a couple of stages of grief, he meets with a medical professional in Mexico, and starts smuggling and selling ‘unapproved’ drugs that seem to work better than AZT – the popular drug at the time. He teams up with a trans-woman, and while his motive is profit, he begins to care about the people he profits from, eventually going full Oskar Schindler – providing free care to clientele he once thought abhorrent.

The cynical among us may be thinking “Oh great, another movie about a cis white male who saves the minorities.” And…They’d be right. In the tradition of “Glory,” “The Help,” Driving Miss Daisy,” “American History X,” and “Dangerous Minds” – “Dallas Buyers Club” is guilty of using the familiar to explain the foreign – a white savior complex, if you will. To which I say, you gotta start somewhere.

This movie came out in 2013, and is more relevant than ever. As we discuss Healthcare reform, LGBTQ rights, the role of government and Mexican immigration, this movie has talking points for all.

If you ever needed a visual aid to demonstrate why, exactly, you hate big government being in your wallet and bedroom, this movie is it. Woodruff’s methods were more successful and accessible than what traditional medicine offered at the time. Was it dangerous? Illegal? Sure. But when you’re told you have 30 days to live, why exactly should a person be required to abide by *any* regulations?

Desperate times, desperate measures, and so on.

This movie underlines why folks are weary of Government mandated healthcare. Why humans are sometimes so adverse to people different from us. Why the path to enlightenment and actualization is personal responsibility. Even if you disagree with those, here’s a movie with a quality case you *can* debate if you want.

In America, medical and healthcare codes and regulations are insanely complicated. Primarily to protect doctors and hospitals and healthcare providers from a particularly litigious society. Also money. When someone like Senator Cory Booker has to talk himself in circles to explain why he voted against loosening regulations that would lower the cost of drugs in this country, there’s something mighty fishy going on, and it ain’t just Omega-3.

As it stands – most people don’t understand healthcare code or costs – other than to say having it is good, not having it is bad, and that everything is too expensive.

We tend to trust what Doctors and Pharmacists tell us. Which is good. But the legacy of “Dallas Buyers Club” is that sometimes all that glitters is not gold, and there are ulterior motives behind why the drugs you take are the drugs you take, and why drugs like Peptide C or Medical Marijuana or PTSD-reducing LSD and Psilocybin will get you thrown in prison. Regulations have been relaxed a bit, thanks in part to Woodruff, but there is still work to be done and reams and reams of red tape to cut through.

For the record, don’t think “Dallas Buyers Club” is an overblown message picture with big speeches and insistent personal politics. It’s not. It’s a wonderfully entertaining movie that’s part “Breaking Bad,” part “Scarface,” part “Schindler’s List,” and wholly engaging. It’s an entertainment first, message picture second (and it’s an awesome message). It won acting Oscars for Matthew McConaughey and Jared Leto, and was nominated for Best Picture, Best Screenplay, and a bunch of other awards, too.

It is *that* good. It’s available on HBO GO right now, and I would advise you watch it.

But it’s okay if you don’t. It’s a free country after all.

For now, at least. 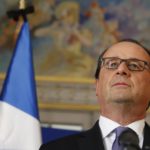