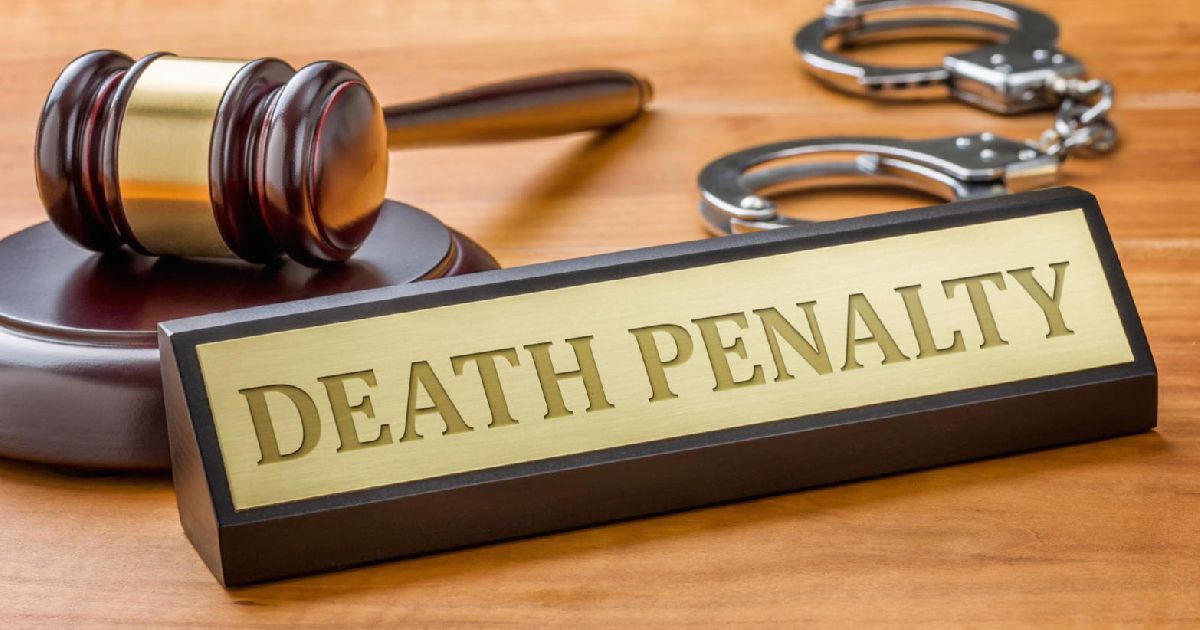 Governments do few things well, yet we blithely leave them to try to solve one of humanity’s most intractable problems, punishment of transgressors. Granted, most people tend toward irrationality in this arena, but governments have failed miserably for centuries. The best solution may be to reduce the number of behaviors considered criminal – defining crime as attacks on life and property – and leave the rest to markets and private actors.

Executing transgressors has always been problematic. Death cannot be undone, so in any society (that would be just) safeguards against false convictions are necessary. They remain, however, expensive and imperfect. Up to 4 percent of U.S. inmates sentenced to death, a recent study revealed, were not guilty. Moreover, the death penalty often costs more than life imprisonment due to the necessarily extensive but ultimately flawed appeals process.

In addition, killing humans humanely remains a nontrivial and macabre engineering problem. According to Austin Sarat in Gruesome Spectacles, American governments (federal and state) inadvertently tortured 276 of the 8,776 people (3.15 percent) they executed between 1890 and 2010. Since then, governments have botched several more executions due to the improper administration of lethal-injection drugs by unqualified, non-medically trained executioners. Lethal injection is now so notorious that death row prisoners have been pleading to be killed by firing squad instead.

Today, many Americans oppose all forms of capital punishment, while others view it as a last resort best reserved for extreme cases. Nevertheless, the federal government recently announced that it will begin executing death row prisoners again in December, for the first time since the practice was suspended at the federal level in 2003. Executions by state government vary widely. Some states have not executed anyone since before America’s bicentennial, while others (through 2011) have executed 10 or more per million people, led by Oklahoma (almost 26) and Don’t Mess Up in Texas (almost 19).

Even in the 19th century, juries subverted the death penalty when it was extended too far. For example, sailors and captains were rarely convicted of barratry (which under admiralty law means damaging or destroying a ship or its cargo) in the U.S. because the death penalty, in force until 1885, seemed too extreme for the mere destruction of property. Most people not directly victimized dared not allow the state to go beyond the Old Testament’s eye for an eye.

Speaking of hacking off body parts, mutilation was long a staple punishment, but, like the death penalty, it is irreversible (or, in the case of hair, rather trivial). Moreover, it reduces the ability of the transgressor to earn a living in direct proportion to the importance of the body part destroyed. In Gilead, authorities gouge out only one eye of recalcitrant handmaids, lest they burden the fisc with care for blind babymakers. But leniency decreases deterrence value, so not long after Gilead reduced the sentence for female reading from the whole hand to just part of a pinky, Serena Joy had the unmitigated gall to read a passage from the Bible aloud in a room full of commanders! Ah, but that is fiction, you say? True, but fiction often captures reality. Consider, for example, the classic One Flew Over the Cuckoo’s Nest. Randle McMurphy (Jack Nicholson) was not alone; until well into the 1960s, the U.S. government regularly hacked out part of the brains of the recalcitrant insane.

The practice of lobotomy itself seems insane today, but recall that American municipalities regularly cropped offender’s ears and that scarlet letter–type shaming was often applied with a branding iron instead of needle and thread. We could return to branding because it is cheap and just as (in)effective as the sex offender registry, but most people these days would consider such brands nothing more than really cool tats. “Oh, that P is for Parrothead, not pedophile.”

Short of cropping ears, castration (physical or chemical), and such, governments often imposed types of corporal punishment not designed to leave permanent physical scars. Whippings, stockades, and so forth, however, create psychological scars. Singapore still canes criminals, but corporal punishment, even of children, is definitely on the decline as it, too, does not appear to be an effective deterrent and may actually increase antisocial behaviors.

Banishment or exile can be reversed and is much less bloody than state-sanctioned murders, amputations, or beatings. Its very reversibility, however, rendered it ineffective in Napoleon’s case, and others. Moreover, there just aren’t many places to banish people to these days, and Southern racists tarnished the technique further by attempting to banish civil rights activists from their segregated society.

Enslavement was long used as a punishment throughout the world, but it has fallen out of favor in most places, even where explicitly allowed by fundamental law, as in the United States. In addition to its close association with immoral chattel slavery, penal slavery is efficient only superficially, in that the enslaved earn at least a portion of their keep instead of burdening taxpayers with the cost of their punishment. Slaves, though, naturally tend toward recalcitrance, and to get much productivity out of them the state needs to provide access to expensive capital that they can break or turn into weapons. If penal slaves somehow manage to compete in the marketplace, they displace non-prison laborers, which does not go very far politically. If relegated to low-skill public work, like cleaning highway rights-of-way, they develop little of the human capital needed to remain free upon release.

Incarceration is also a deeply flawed punishment. Rehabilitation is expensive, but so, too, is simple warehousing. In both cases, inmates often learn the wrong lessons and network with other criminals, turning prisons into graduate schools for criminality. Some fictional prison television shows, like Orange Is the New Black and Wentworth, fairly accurately portray the many problems with both warehousing and penal enslavement. Readers more into horror flicks can check out the recent prison riots in Brazil, which led to decapitations, or the history of riots in U.S. prisons. Punishing those already imprisoned is notoriously difficult, especially once corporal punishment and mutilation become off limits. Solitary confinement causes psychological trauma, and adjusting sentence length for good or bad behavior can lead to corrupt practices and unfair outcomes. Most notoriously, lifers in some Southern agricultural prisons were issued rifles and released if they killed an escaping prisoner.

Fines may seem fine, but ultimately they, too, are flawed because any fine large enough to serve as a real deterrent, to the extent anything can deter crime, virtually enslaves the transgressor and, of course, raises the risk of recidivism. And governments get addicted to the revenue, leading to predatory practices.

Asset-forfeiture laws also have been grossly abused by law enforcement. The right to seize a suspect’s SUV, house, cash, and so forth looked like a good way to fund the so-called War on Drugs, but it actually incentivized the po-po to seize the property of the po’. D’oh! To reclaim their property, people must go to court to prove that the property was “innocent” of the crime. Yes, you read that correctly: the burden of proof falls on the citizen, not the state. And, you guessed it, no public defender is provided to help people reclaim their property.

Ankle bracelets and other forms of electronic monitoring promise to reduce the costs of incarceration by essentially forcing transgressors to imprison themselves at their own expense. Those on house arrest don’t congregate with other criminals in close quarters, so they don’t hone their skills with a shiv, share criminal conspiracies, or riot. But many do not find electronic monitoring much of a punishment compared to prison, and some actually like restrictions on their movements because it gives them a good excuse to turn down that wedding invitation from the annoying cousin and whatnot. Monitoring also seems like a “slap on the wrist,” so victims and their families can find house arrest unsatisfactory.

No magic formula for fixing punishments so that they are inflicted only on guilty parties, always fit the crime, satisfy victims, and don’t unduly tax taxpayers exists, or is ever likely to. The best a free society can do, perhaps, is to drastically limit the number of crimes subject to state punishment.

No, I do not mean the ridiculous “purge,” I mean limiting criminal acts to cases where X irreparably harms Y, i.e., assault, murder, rape, and such. Society should spare no expense trying to help both victim and victimizer to heal and move forward — primarily, of course, with private insurance and nonprofit monies. Fraud, theft, and other property crimes (barratry anyone?) might best be left to civil proceedings. Most physical protection of property is already privately provided by insurers, private security services, and privately owned deterrents, and much more could be done.

Most importantly, though, governments should leave X at liberty to engage in behaviors that Y thinks harm X. Projective paternalism, in other words, has to go, as does occupational licensing. Governments should allow X to compete against Y for customers in an open marketplace, be it one for massaging horses or for providing financial services.

Once governments concentrate on real crime (violent X on Y), we’ll find that criminality does not run rampant. Law enforcement officials currently looking to bust Nancy for running an unlicensed hair salon in her basement, or Joe for smoking a little weed, can turn their full attention to the prevention of violent crimes first and foremost.

Uncrowded prisons can be turned into places of rehabilitation as well as confinement. Problems with punishment will persist, but they will be more tractable when government’s always-feeble efforts can be concentrated where they matter most: the protection of human lives, limbs, and property.

Robert E. Wright is the Nef Family Chair of Political Economy at Augustana University in Sioux Falls, South Dakota. He is the author of 18 books, including a new book on financial exclusion published by AIER. 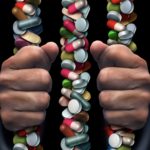 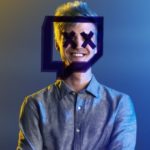