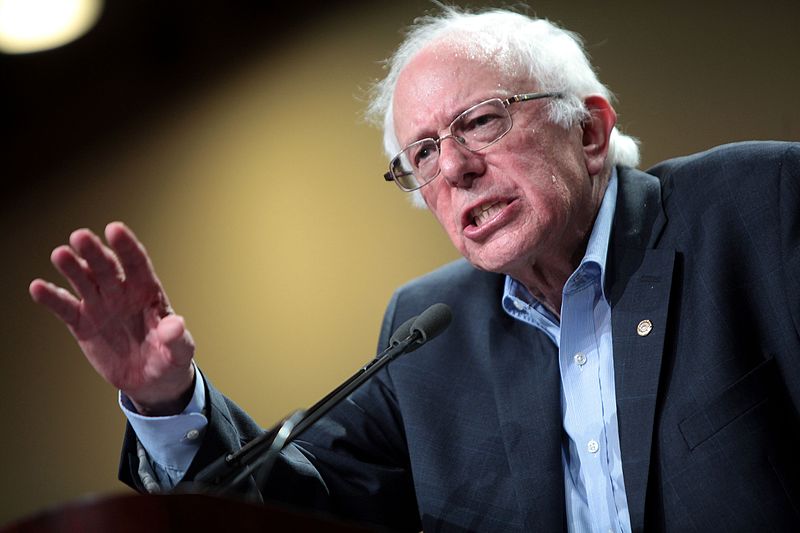 Vermont Senator Bernie Sanders snapped at a crying infant while answering a question during a presidential campaign stop, Wednesday.

“If we could keep that down a little bit,” Sanders tersely demanded in response to the crying infant.

The video clip of the incident was posted to Twitter by Benny Johnson, the Chief Creative Officer of the Conservative non-profit organization Turning Point USA.

Socialist Bernie Sanders snaps at infant.
Tells crying baby, “Can we keep *that* down a bit?” pic.twitter.com/bestpMpuTT

The clip garnered quite a bit of attention from Twitter users who criticized the Vermont Senator for lacking manners and being the epitome of a grumpy old man.

can we get rid of this nasty old man already?

Did Bernie send the baby to the Gulag?

You cry – you go to the back of the bread line.

This isn’t the first time the Democratic Socialist senator was accused of being a hateful old man.

The Washington Examiner reported that John Konstin, owner of “John’s Grill”, a 111-year-old restaurant in San Francisco, accused Bernie of being “cranky and rude” while he dined at the establishment on the campaign trail. Konstin alleged that Sanders was rude to all the restaurant staff, which led to the senator’s wife apologizing to Konstin when they left the establishment.

The incident has many Twitter users wondering… if Bernie can’t handle a crying infant, is he truly fit to be the President of the United States?