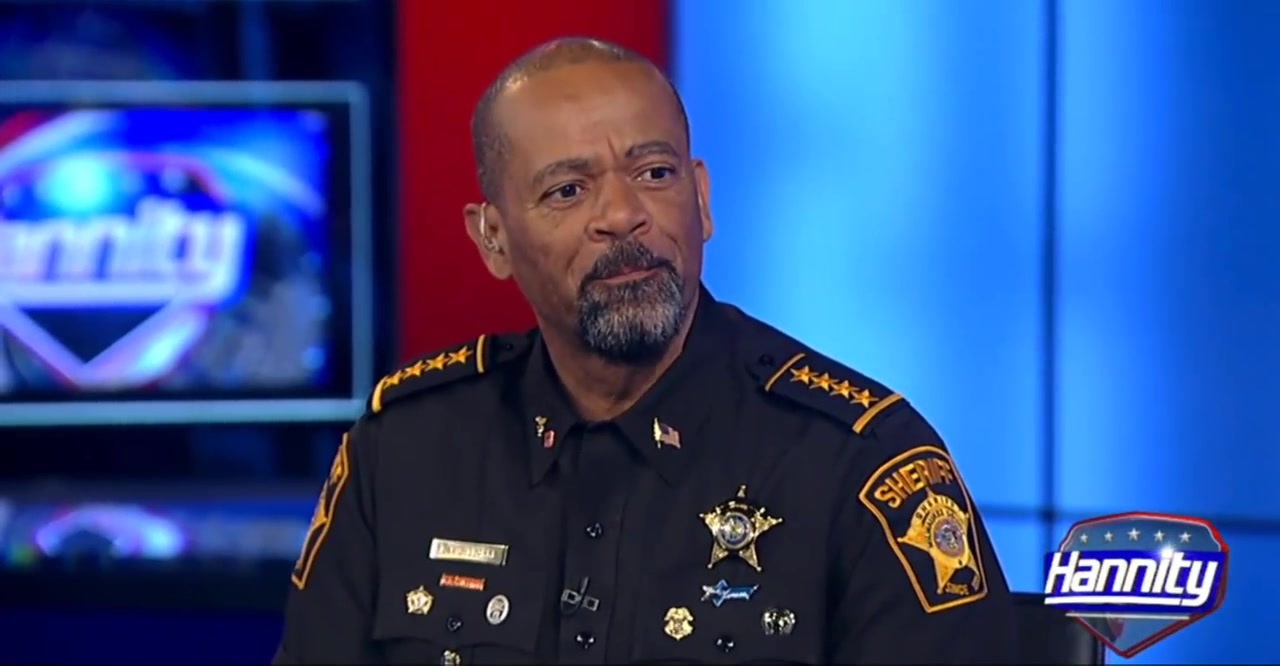 As noted Friday, with a lack of major libertarian voices at this year’s Conservative Political Action Conference. This trend continued on Saturday with a forum entitled “What Would A World Without Cops Look Like?” hosted by radio host Wayne Dupree and featuring former Representative Sandy Adams (R-FL), Sheriff David Clarke and Chris Dolan of the Washington Times.

Throughout the presentation, the themes remained clear: that a lack of “obedience to authority” has become a major issue with the rise of Black Lives Matter. They decried a “war on cops” and marveled on why younger generations do not have the same respect that older Americans seemingly do.

There were many remarkable quotes throughout the panel. Adams stated that those who take issue with the laws being enforced by police should take up such problems with the legislature. She maintained that “rule of law” is of the utmost importance. She did not state, however, how she would respond if President Obama (who was criticized throughout the morning discussion) or another liberal were able to successfully (for example) ban guns or enact another liberal policy. Would she expect the police to enforce that law as well, and the citizenry to simply comply?

Sheriff Clarke explained that a lack of respect for police has developed over the last fifty years. Clarke unbelievably remarked that he yearns for a return to the support for police that existed in the 1960s—that is, the era which was defined by excessive brutality, beatings in the streets and dogs being unleashed on civil rights protesters.

All of the speakers noted that when they were growing up, their parents taught them to simply follow what the police told them to do. They continued to say that when they are pulled over, they place their hands on the wheel and comply with orders. Clarke specifically called out those who “agitate” the police by not following orders and taping any possible reactions.

Clarke interestingly explained that big government has harmed poor and black communities. He claimed that the government creates issues and that they then expect the police to clean up the resulting problems.

While there is an element of truth to this, the fact is that when police take an “active” role in the community, it necessarily comes with a cost to liberty. Clarke expressed a desire for policing which is proactive to crime in order to reduce harms. This approach would perhaps be “effective” in that it would result in less crime and fewer people in the streets, but it would also signify an impingement on liberty which could be perhaps irreversible.

Altogether, the event had an Orwellian tone to it. At the Conservative Political Action Conference, in front of the backdrop of the Constitution, these four individuals expressed no trepidation whatsoever in bowing to authority. They insisted that while there are a “few bad apples,” that most police are good people only wishing to do good. This is difficult to argue against, however, the problem is not that officers wish to do harm, but rather that they are given incentives to do so.

Police have been empowered to lie, steal (as in civil asset forfeiture) and violate basic civil liberties in order to get arrests and bring criminal charges. For engaging in such behavior, they are rewarded with overtime pay and promotions to higher positions; it is only rational for them to take these opportunities.

However, by simply burying our heads in the sand and refusing to acknowledge these problems only serves to exacerbate the central issues. Conservatives premise their ideology on small government and a lack of belief in government. They should extend this thought to the many problems in modern policing.

Revered Investor Predicts Another U.S. Recession in A Year