George Washington University is paying rapper Action Bronson not to perform at its Spring Fling after some students protested that he had once written — but does not perform — a song called “Consensual Rape.”

He was scheduled to headline the school’s spring concert Saturday, but its events board canceled him at the last minute Thursday, after the small group of students said they were offended the school would host the author of that song.

Three hundred and forty nine students, about one percent of GW’s 25,000 students, signed an online petition delivered to the school president and the program board, claiming “there are trans students on our campus.”

Performance contracts generally pay an artist if the host cancels the event at the last minute.

The students had previously set up a “safe space” where alternative entertainment would be provided, but the online petition convinced the school’s student-run Program Board that it should not permit Bronson anywhere on campus.

The program board announced the cancellation by saying it would be excluding the artist in the name of inclusion.

“We apologize to the GW community for causing distress over the pass few days and for attempting to bring an artist who is not consistent with our values of diversity and inclusion,” the board wrote in a Facebook post, adding it has “learned important lessons from our mistakes.”

Immediately after removing Bronson, the mostly white, liberal protesters replaced the white rapper Bronson with a black rapper, GoldLink, who is known for a song that says:

“F–k her homie, then she find out
Then she f–k my man
Then I hit her, then I tell her she a piece of s–t”

GW’s Program Board did not respond to a request for comment on the contract terms and why one song was worthy of protest but another one was acceptable.

The GW protesters were unmoved by a letter Bronson wrote on Facebook, “I think rape and acts of violence toward woman are DISGUSTING. I would never condone anything remotely close to that type of behavior, and it’s certainly not what I’m about at all. But, the song in question has caused people discomfort and pain and I’m sincerely sorry.”

Students said some $20,000 in the private university’s program board budget was lost in the bid to be politically correct. That is in line with, or lower than, the amount it has paid to artists in the past. (RELATED: Black College Students Say They Are ‘Prisoners’ Of ‘Barren, Racist Wasteland’) 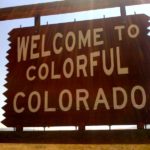