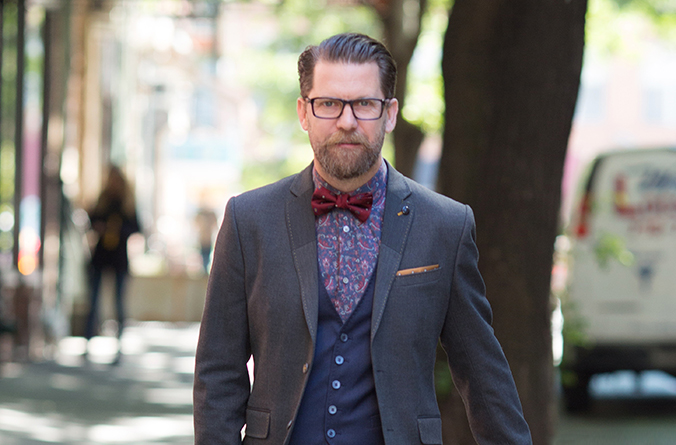 Dennis Holtschneider, president of DePaul, notified the school by email that McInnes, who was set to speak at DePaul May 30, had been uninvited, alleging that he had made “statements encouraging violence,” according to Red Alert Politics.

“In discussing his recently formed group, the Proud Boys, with a news organization, he said the last step of the initiation process involves, ‘A major fight for the cause. You get beat up, kick the crap out of an [antifascist],’” said Holtschneider, quoting the Vice founder.

The DePaul president also pointed to a statement made by McInnes in which the commentator said, “We’re the only one fighting [antifascists] and I want you to fight them, too. It’s fun. When they go low, go lower. Mace them back, throw bricks at their head.”

“Rather than a call for violence, [McInnes’ remarks] were calls for self-defense,” said DePaul’s College Republicans Wednesday on Facebook. “When groups like Antifa show up, cowardly donning black masks and throwing glass bottles stuffed with M80 fire crackers at civilians, someone needs to do something. Anything. But, as DePaul has shown, they refuse to. In fact, they often penalize those who will stand up to and speak out against violence.”

“The big picture is this is all a lie,” said McInnes in an email to The Daily Caller News Foundation. “Ethnomasochism has such a brutal stranglehold on the West that if you say you will fight back after being attacked, you’re ‘violent.’”

“I was pepper sprayed at NYU,” McInnes continued. “Robert Spencer was just poisoned. Chadwick Moore was threatened. They burnt down Berkeley to attack Milo. THEY are violent. All we want to do is talk.”

TheDCNF reached out to DePaul for further comment, but received none in time for publication.

This Comet Will Be Awfully Close To Earth This Summer [PHOTO]