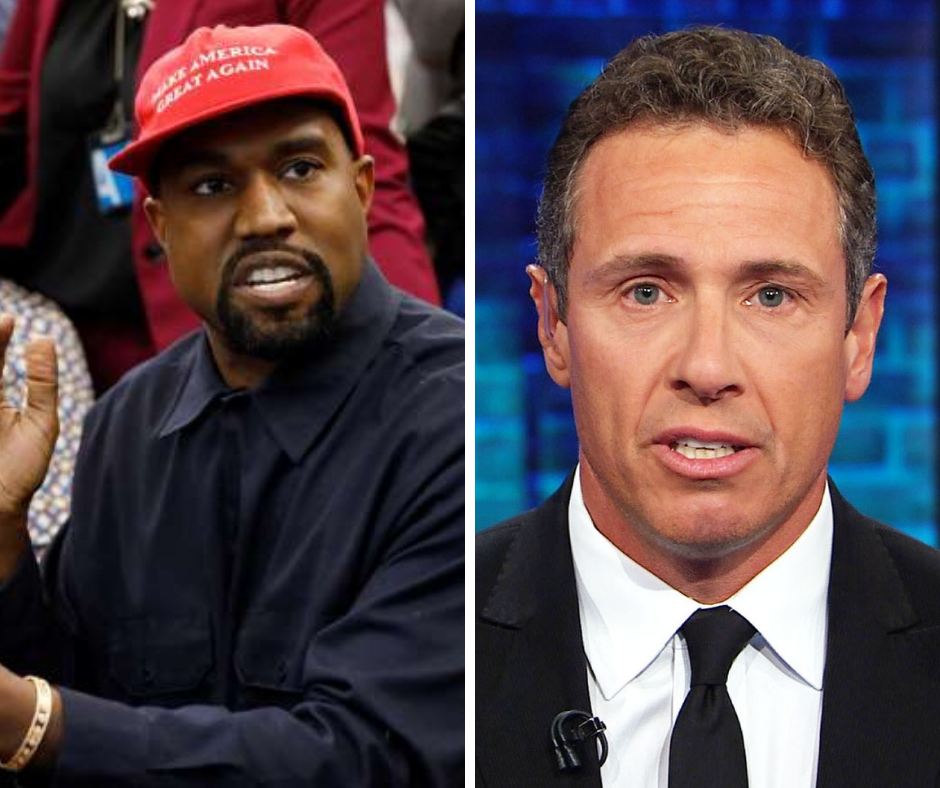 Cuomo brought in fellow CNN host Don Lemon to discuss West’s Tuesday tweets about stepping back from politics, and Lemon expressed support for the rapper dealing with his “issues.”

“You know how I feel about this. And I don’t want to beat up on Kanye anymore because — and I don’t mean this in a derogatory way. He’s dealing with some issues,” Lemon said. “And it seems to me from these tweets that he is probably dealing with them, which is a good thing.”

My eyes are now wide open and now realize I’ve been used to spread messages I don’t believe in. I am distancing myself from politics and completely focusing on being creative !!!

West also said he had nothing to do with the movement to encourage blacks to leave the Democratic Party.

I introduced Candace to the person who made the logo and they didn’t want their name on it so she used mine. I never wanted any association with Blexit. I have nothing to do with it.

Lemon reacted positively to the news West would be stepping away from the political scene and congratulated him on the decision.

” … He says he supports community, helping people in the community … and saying he’s going to back away from politics. Okay, good. And focus on creativity,” Lemon continued. “All I say is, ‘good for you. I hope you mean it.’ I just wonder what the Trump folks are going to say now, how they’re going to spin this.”

“And he didn’t seem well. And it seemed exploitative,” he added. “So I think they say nothing. And if they have to say something, they’ll say the enemy of the people barked Kanye out of the game.”