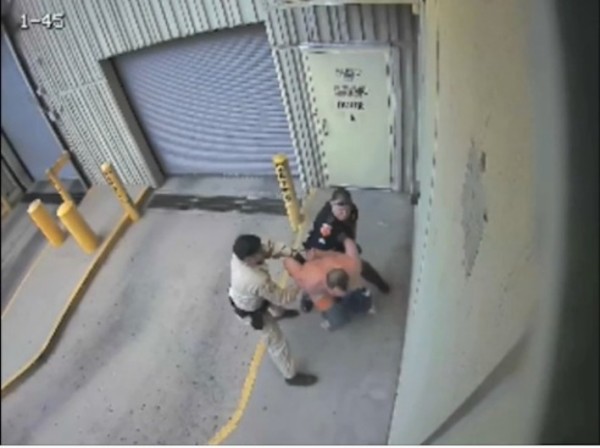 EL PASO, TX–After five months of pressure from the press, the city of El Paso finally released footage of how Daniel Rodrigo Saenz died. After watching the content, it’s obvious why the El Paso Times faced such a struggle to acquire the tape.

The local newspaper made an open-records request last February after a grand jury declined to indict one of the officers involved. After the Texas Attorney General’s Office stepped in, the city of El Paso was forced to comply with the records request. The video reveals unequivocally that the 37-year-old body builder died at the hands of police.

Saenz had been displaying odd behavior earlier that day at a grocery store, and concerned citizens called the police. After he was taken to a Medical Center, Saenz allegedly attacked an off-duty police officer, as well as hospital staff. Saenz was arrested on assault charges and taken to the Downtown Jail.

In the video, officer Jose Flores and an unnamed prison guard are struggling with the clearly mentally disturbed man. Tasers had repeatedly been used to retrain him, but to no avail. Flores fatally shot the handcuffed prisoner. The bullet traveled from the man’s shoulder into his chest, killing him.

The officers claim they had little recourse, as Saenz was doing himself bodily harm by repeatedly slamming his head on the ground.

After firing a single shot, Flores removes his taser gun and straddles Saenz. The prisoner continues to struggle before going limp. He was then turned over, and officer Flores began performing CPR before the arrival of paramedics and an ambulance. Saenz died at the hospital.

Jim Jopling, a lawyer with the Combined Law Enforcement Associations of Texas (CLEAT) representing Flores, said in a statement that the group believes the grand jury cleared Flores because of “the totality of the circumstances, which include the long sequence of events that came before the shooting itself.”

Jopling stated that Flores drew his handgun because “Saenz could quickly front his cuffs and turn them into a deadly weapon, given his considerable strength, agility and demonstrated resistance to the Taser … At the same moment Officer Flores draws his weapon, Mr. Saenz pushes off on that curb and, with remarkable strength, sends the civilian escort flying backwards. The civilian escort’s arm then hits the trigger hand of Officer Flores, causing his weapon to discharge.”

Even if that were true, Saenz would not have been shot had the officer not drawn his weapon in the first place. The most likely cause behind Saenz’s erratic behavior is the dimethylamylamine, or DMAA, that was found in his system during his autopsy. DMAA can be found in synthetic stimulants like workout supplements, which the body builder was likely taking. As a result, Saenz may have been experiencing paranoia, a panic attack, or an impaired perception of reality.

Flores was never charged with any wrongdoing, and his actions have been hidden by the city until now. The city’s attorney’s made a paltry argument that the video shouldn’t be released for a number of reasons, including the privacy of the deceased. The Attorney General’s office disputed the rationale behind that decision, saying the right to privacy doesn’t apply to the dead. 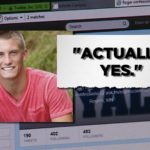 When The Price Of Oil Begins To Rise, Will Americans Demand We Go Back To Iraq? (PODCAST)