Of all the arguments against a strong autocratic ruling system Thomas Paine makes in his seminal pamphlet “Common Sense”, none have resonated more with me than his appeal to the Old Testament. In the work, Paine references both Gideon, one of the judges of Israel, and Samuel, a prophet for the Israelites.

Gideon was a military figure who led the Israelites to freedom, erasing the burden of servitude that they had been subjected to by the Midianites. As a reward for this deliverance, the Israelites desired to make the House of Gideon the ruling family of Israel, creating a hereditary monarchy to last until the end of time. The men of Israel said to Gideon, “‘rule over us, both you and your son, also your son’s son, for you have delivered us from the hand of Midian’” (Judges 8:22).

This falling lockstep behind a leader is not a unique phenomenon. In fact, we see the same happening today regarding the mainstream Republican party bowing to President Trump. This time, however, the support from some previously opposed members of the party seems disingenuous and shallow.

We are not too distant from calls by prominent Republican leaders such as Ted Cruz, who urged Americans to vote their conscience, and Lindsey Graham, who reported that he could not in good faith support Trump.

Now more than ever, Republicans equate the Democrats with the Midianites – usurpers attempting to commit sacrilege against the Great American Dream. Trump, though, is their savior, their Gideon figure, who will lead the Republicans to freedom.

But Gideon, when presented with the proposition of establishing a family monarchy in Israel, resolutely rejected the offer, claiming “I will not rule over you, nor shall my son rule over you; the Lord shall rule over you” (Judges 8:23).

Oh Gideon, where are you now?

There will be no humility this time. There will be no claims of “I will not rule over you, nor shall my son rule over you”. This time, we are screwed, stuck with a braggadocio, prideful con artist as commander in chief. I could list all the numerous brags that Trump has proclaimed about himself, but that would ring hollow. Everybody by now knows that nobody reads the Bible more than Trump or that no one respects women more than the chief executive. Trump is the savior who can do no wrong, remember?

In 2020, Trump is king with no regard for the Constitution and Samuel’s prophecy rings true. Samuel was the prophet of Israel from whom the Israelites requested a king to rule over them. The prophet was adamant that they should have no King but God, predicting that a king would only bring them hardship and oppression. Samuel proclaimed that a king “will take your sons and make them serve with his chariots and horses, and they will run in front of his chariots (1 Samuel 8:11).

Trump, just as countless presidents before him, has taken the young people of this country and sent them overseas to fight in conflicts that have little bearing on national security. Conflict is brewing with Iran and Trump seems poised to send more American soldiers to run in front of his chariots, putting them in harm’s way.

The similarities do not end there.

Samuel proclaimed that the king “will take the best of your fields and vineyards and olive groves and give them to his attendants.  He will take a tenth of your grain and of your vintage and give it to his officials and attendants” (1 Samuel 8:14). All along the Southern border, federal authorities are seizing privately held land in order to build Trump’s “big and beautiful wall”. The sanctity of private property means nothing to Trump. His kingdom is America and he apparently is fit to rule over it in whatever manner he chooses, even if that means confiscating the vineyards and olive groves of ordinary Americans.

But the reign of Trump may not even end after 2024 when Trump would be theoretically term-limited if he by chance wins a second term this November. A few days ago, Axios published a poll that surveyed name ID for who could potentially be the Republican GOP nominee in 2024. Two of the top four names on the list were children of the current president.

The Republicans have devolved into nothing more than the Israelites of old, desiring that first Donald Trump rule over them and then his son and perhaps even his son’s son to govern over them after that, creating a seemingly hereditary autocratic government.

Samuel’s prophecy ends with a very dreary prediction that the Israelites will become slaves to the king. While this is obviously true for the Republican party, evidenced by Cruz and Graham bowing before their leader, I believe there is still time before the rest of the country becomes indentured to Trump.

We need to stand up for personal freedom and promote humility in our leaders. Gideon and Samuel both cried out that the only leader the Israelites needed was God. For contemporary Americans, our god should be liberty and justice, which provide a much better blueprint for society than the one we are currently subjected to. 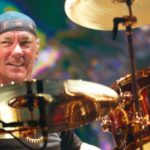