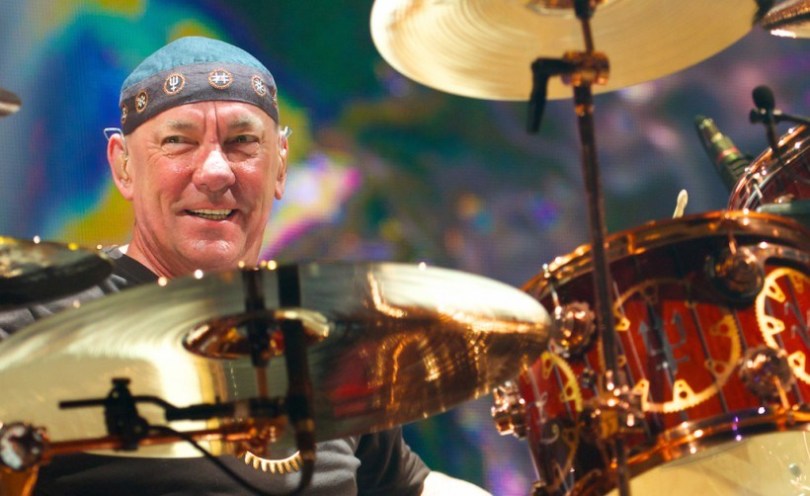 When I first heard the opening notes of Spirit of the Radio being hammered away followed by solid and crushing beats of the drum, I knew I was in for a ride. I had never heard anything like it.

It was the end of 2001, and I had just started my senior year in High School. I carried my acoustic guitar around with me all day for the Folk Guitar class I took.

I took that class with my friend Dustin, who is something of a musical genius himself. Probably one of the best drummers in the greater Seattle area.

My music collection at the time pretty much consisted of Green Day and The Offspring albums. Dustin wanted me to broaden my horizon outside of Pop Punk. He introduced me to one of his major musical influences.

He lent me the album Exit Stage Left.

The first track on that album, Spirit of the Radio, was the very first RUSH song I had ever heard in my life. It has remained my favorite song since. Every time I hear it, I always feel that same electrifying sensation that gave me goosebumps the first time I heard it.

Peart has always been a self proclaimed Libertarian. As the band’s lyricist, he took inspiration from Ayn Rand as well as Science Fiction.

The song Freewill is about taking responsibility for both your choices and inactions.

The song Roll the Bones suggests that you are absolutely in control of your own destiny, and that there are no strings of fate that you are bound by.

“Faith is cold as ice
Why are little ones born only to suffer
For the want of immunity
Or a bowl of rice?
Well, who would hold a price
On the heads of the innocent children
If there’s some immortal power
To control the dice?”

Or another one of my favorites, Subdivisions, speaks of a dystopian society based on indoctrination and division.

“Growing up, it all seems so one-sided
Opinions all provided
The future pre-decided
Detached and subdivided
In the mass-production zone
Nowhere is the dreamer
Or the misfit so alone
Subdivisions
In the high school halls
In the shopping malls
Conform or be cast out”

Peart wasn’t only a masterful lyricist, but also a novelist. He has authored several books, but most notably Ghost Rider: Travels On The Healing Road. The book details a dark time in his life from 1997 to 2001. It begins with the death of his daughter from a car accident, followed by his grief struck wife withering away and dying of cancer only 5 months later.

It acknowledged the support and friendship he had from band mates Geddy and Alex, as well as South Park creator Matt Stone. Neil however decided to get on his motorcycle, leaving his home in Canada and rode throughout The United States and Central America. The book chronicles this journey and his healing milestones.

Peart eventually remarried and had another daughter.

I decided to take up drumming myself, with a blend of inspiration from my friend Dustin as well as Neil Peart. With that kind of inspiration guiding me, I had a burning desire to become really good really fast.

That didn’t happen though. I was nowhere near as good as either of them. But that’s also why they’re both still my inspiration. The good news though, was that with the help of the Sabian Paragon Cymbal set (the Neil Peart Signature Series) I sounded better than I was.

It was fun while it lasted, but I had a wedding to pay for. So I sold off the drum set, with the exception of a pair of brand new 14″ Hi-Hats from the Paragon series which I gifted to Dustin (I used the 13″ pair).

It’s hard to believe that the R40 Tour (Rush’s 40th anniversary tour, and final tour) was only about 5 years ago. Neil retired from drumming altogether, citing shoulder problems and tendonitis.

Only a year and a half later, Peart would be diagnosed with brain cancer and live for three and a half more years before passing away. Peart has always been a very private person. But somehow he managed to hide this for several years from even TMZ which is God Tier privacy.

I’m sad that Neil is gone, but I’m glad he’s no longer suffering. After his wife and daughter left him behind years ago, now he leaves a wife and daughter behind. It’s a tragedy that only Neil himself could put into words.

But from the rest of us who adored him: A Farewell To Kings. Good bye, Neil Peart. Thank you for the years of music that will live on forever.

7 Ways To Create A Positive Workforce And Increase Employee Productivity