Chicago residents need to start taking responsibility for the city’s shootings, according to black leaders in the area.

“Here’s a fact: When it comes to violence and our children, there is no side. We are all on the side of righteousness and justice on this,” Glen Brooks said, speaking in response to a widely-held view that Chicago protests only focus on police brutality.

“Nobody wants to see death and destruction visit upon their family, their neighbors or their communities,” Brooks, a CPD coordinator, added.

Numerous officials, police, residents and activists came to the event, which was held close to the place where a two-year-old boy and his aunt were shot over Facebook Live Tuesday. The little boy died from his injuries.

Aleta Clark, a Chicago activist, pointed out at the rally that the police weren’t responsible for those two victims.

“Guess what? Not one police did it this time. We did it. Where’s the outrage?” Clark asked the crowd.

Lavontay White, the two-year-old, was driving with his pregnant aunt and her boyfriend, Lazarec Collins when someone opened fire dozens of times on their vehicle. Both Collins and White died from their injuries.(RELATED:Chicago Woman Livestreams Escape After Boyfriend, Two-Year-Old Toddler Shot To Death [VIDEO])

White’s aunt managed to escape and caught the incident on Facebook Live.

Clark also criticized the community for the lack of response over the deaths in Chicago.

“And there is more people that stand in the [Air] Jordan line that there [are] out here in this community for this baby. This baby died for the decisions that we, as young adults, make,” she said.

Other speakers at the rally echoed her words. A first responder told the crowd it was time for them to fix the violence in their city, as too many children have already been lost to it.

“My message is to the community: Come together, block by block, neighbor by neighbor, friend by friend. It’s too many children been laid to rest early and we’re having family reunions every week,” stated Andrew Holmes, whose 11 year-old cousin died of gun violence. 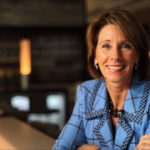 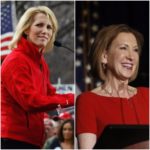