Last month, Ashley Madison was in the spotlight as a hacker group threatened to release the information of its members. This is a horrifying prospect for users, considering the website is used as a hub for hookups between adulterous married individuals. It’s no surprise a website that proudly displays the slogan “Life is Short. Have an Affair” has been the target of harsh scrutiny and hacktivism.

The hacker group Impact Team gave Ashley Madison an ultimatum: shut down or all the information will be released. Despite full knowledge that their servers had been compromised, Ashley Madison did not follow the demands made by the hackers.

On August 18th, details about users, emails, and payments that date all the way back to 2008 was released into the dark web. Forbes has published instructions on how to find this list here.

According to the Guardian, the “hackers released [a] 10GB database of 33m accounts.” Websites such as 4chan and reddit are searching for prominent names as they go through the list, specifically celebrities, politicians, or anyone with some sort of claim to fame.

Mediate reports that the “hacks have seemingly outed one prominent public figure so far: Josh Duggar, the eldest son of 19 Kids and Counting’s Jim Bob and Michelle Duggar.” This is backed by billing address, credit card, and email information. 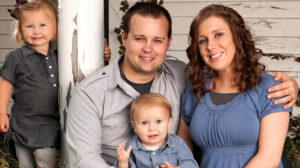 If you keep up with the action on 4chan, Reddit or twitter, you might notice a few other prominent figures who have popped up as well. Like Eve Adams, for example; she is both a Canadian politician and Liberal Member of Parliament.

In an interview with The Huffington Post Canada, she stated these allegations are “completely false and untrue.”

This may be the case for many of these names released, considering that Ashley Madison does not ask for email verification. Emails such as Eve Adams’, which are publicly posted, could very well be used to frame someone in order to make them the center of controversy. However if an IP address, full name and billing information are connected to an account it will be extremely difficult for an individual to prove their innocence.

The website Political Scrapbook has reported that 92 UK Ministry of Defence emails were released as well. The hill stated that “more than 15,000 of the email addresses used to register accounts were hosted on government and military servers.” SNP MP Michelle Thomson is among the prominent UK politicians with their emails released in the hack. Thomson stated this was “an out-of-use email address” that “seems to have been harvested by hackers.”

It’s difficult to determine whether political or celebrity accounts are legitimate. With every name comes the plausible story of a hacked account, a public email or fraudulent accusation. It may prove more difficult than anticipated for these internet vigilantes to bring justice to all cheating spouses due to the risk of false accusation.

As for the cheaters who were outed beyond any doubt by their paid accounts, my heart goes out to them; they must really be feeling the sharp sting of betrayal right now. They trusted Ashley, but she just wasn’t the secure site she made herself out to be.

A Hilarious Bad Lip Reading of the Republican Presidential Debate