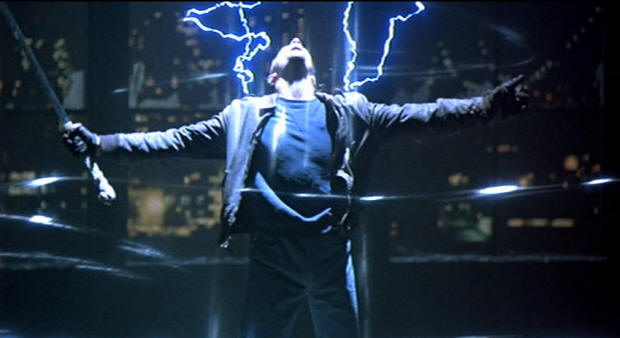 Chaos erupted in a California Church of Scientology when police officers shot a man who entered wielding a sword, and also suffered injuries themselves.

Two police officers suffered wounds Wednesday in the course of confronting a man wearing a hoodie and wielding a “very large sword” who entered the Church of Scientology in Inglewood. One officer sustained a gunshot to the thumb and another sustained either a gunshot or sword wound to the arm, according to Los Angeles Times.

Police did not clarify whether the swordsman also had a gun, whether a gun was recovered from the scene, or how police officers sustained gunshot wounds.

NEW: Statement from Inglewood Church of Scientology after two officers were shot while confronting a man armed with a samurai sword who entered the church’s front lobby this afternoon. He was shot in the head and died at a hospital. Both officers going to be okay. 10pm @FOXLA pic.twitter.com/nf19LlTd56— Bill Melugin (@BillFOXLA) March 28, 2019

The shooting occurred around 3:30 p.m. Police shot the sword-wielding man in the head. He was hospitalized and died shortly thereafter. The two wounded police officers, both in their late 20s, were also hospitalized but in good condition.

The Church of Scientology thanked the police in a statement for their “rapid response in protecting our parishioners and staff members.”Follow Joshua on TwitterSend tips to [email protected].Click here for reuse options!
Copyright 2019 Daily Caller News Foundation