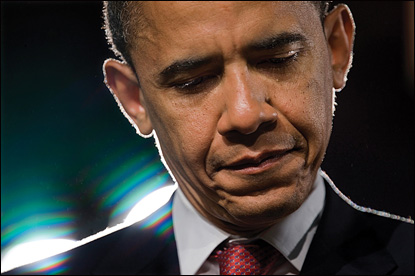 The proposal relies on collecting another $1 trillion in new taxes from productive Americans and businesses to offset the alternative means of funding the project, borrowing overseas.

According to Speaker of the House John Boehner (R-Ohio), “After years of fiscal and economic mismanagement, the president has offered perhaps his most irresponsible budget yet.”

Simply put, this is little more than partisan political maneuvering designed to set the stage for the midterm congressional elections.  The projects in the proposal will not be approved by the Republican controlled House, setting up the President to once again claim to be a victim of right-wing obstinacy.

It’s a measure that reeks of desperation, particularly in light of the President’s dual ongoing foreign policy disasters in Israel and Ukraine.

Partisan bickering isn’t going to distract the people from what’s going on in the rest of the world, Mr. President.

Did You Know That Eating Babies Strengthens New Orleans?