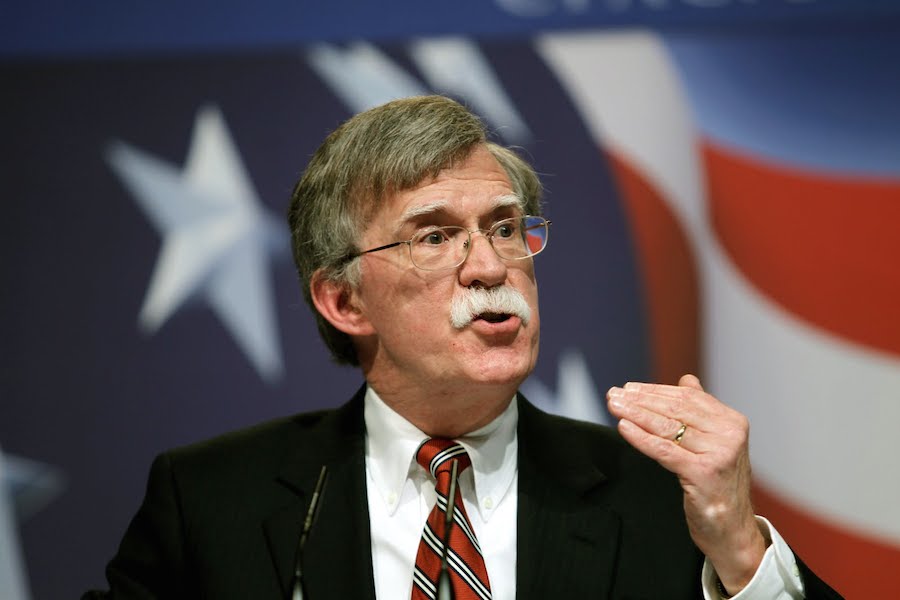 Now, Bolton and two other top White House lawyers have been summoned to testify as lawmakers vote on impeachment proceedings Thursday, according to the Times.

The former national security adviser’s lawyer said, however, that Bolton is “not willing to appear voluntarily” but did not say what he would do if subpoenaed, the Times reported.

Hill reportedly testified that Bolton told her to notify the chief lawyer for the National Security Council that presidential lawyer Rudy Giuliani, U.S. Ambassador to the U.N. Gordon Sondland and White House Chief of Staff Mick Mulvaney were making plans involving Ukraine, according to the Times citing people who heard the testimony.

Bolton, according to two of the Times’ sources, said he wanted nothing to do with whatever Sondland and Mulvaney were “cooking up,” but the third source recalled him referring to Giuliani and Mulvaney.

The former national security adviser’s summoning came on the same day Deputy Secretary of State John Sullivan testified that Giuliani was involved in a smear campaign against U.S. Ambassador to Ukraine Marie Yovanovitch, according to the Times.

Sullivan added that he didn’t think the president’s request for help from Ukraine was “in accord with our values,” the Times reported.

The president’s call to Ukrainian President Volodymyr asking him to look into former Vice President Joe Biden’s son business dealings in the country became the center of a whistleblower complaint in September, which inspired a formal impeachment inquiry initiated by House Speaker Nancy Pelosi, though Trump maintains the phone call was congratulatory.

Where to go on a family holiday